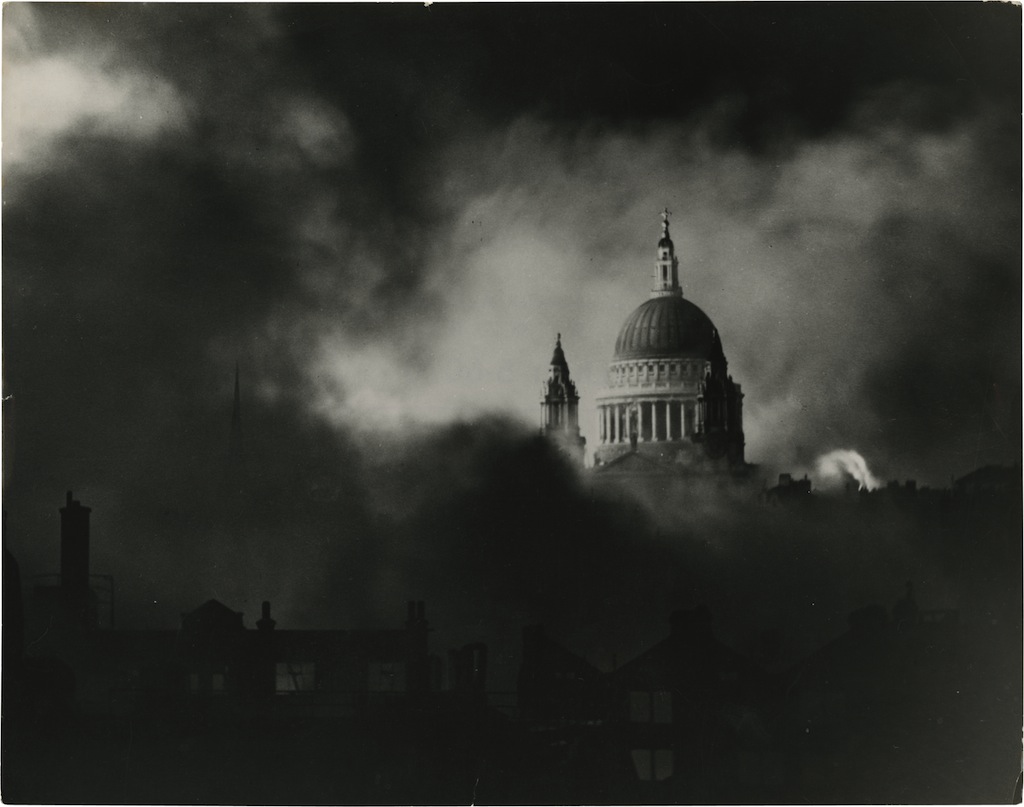 “The glare of many fires and sweeping clouds of smoke kept hiding the shape. Then a wind sprang up. Suddenly, the shining cross, dome and towers stood out like a symbol in the inferno. The scene was unbelievable. In that moment or two, I released my shutter.”  Herbert Mason on his iconic 1940 photograph of St Paul’s Cathedral.

In this exhibition of vintage photographs from the 1940s, Londoners salvage their possessions from the rubble of their homes and take refuge in the city’s underground stations. Walls crumble, buildings open like dollhouses, and families go about their errands wearing gas masks. Many of these photographs were used for press purposes and are unique historic documents as well as important works of art. 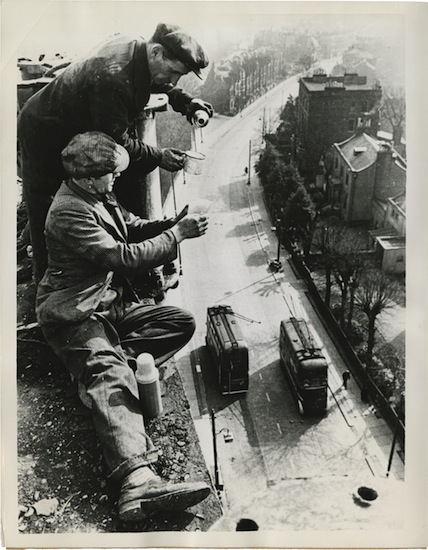 The Blitz lasted from 7 September 1940 to 21 May 1941. In this time, Germany attacked London 71 times, rendering more than 1.4 million people homeless. The main air offensive against British cities diminished after May 1941, but sporadic and lethal raids continued for several more years, with the V-1 and V-2 rockets deployed between 1944 and 1945 killing nearly 9,000 civilians.

Although evidence of WWII persists in this historic city, the majority of bomb sites remain unmarked and unremembered, and it is difficult to imagine what it must have been like to experience such destruction. As the number of people who remember the Blitz dwindles, we hope to reignite awareness of this significant time in London’s history. 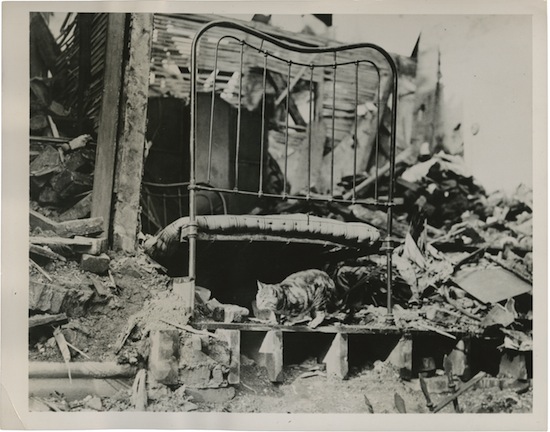