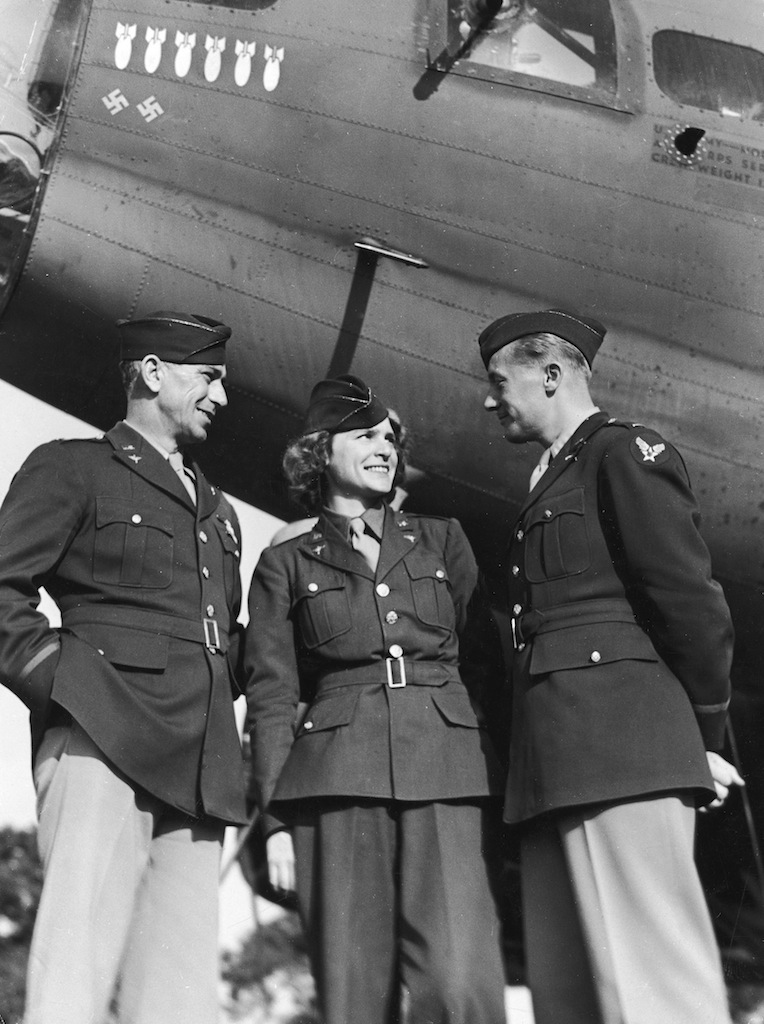 In the male-dominated world of American photography Margaret Bourke-White (1904–1971)was a media star. Her portrait in flying gear setting off on a bombing raid, smiling and holding a camera in her left hand, was a favourite pin-up of the forces. Margaret Bourke-White always had to fight to get on. She wouldn’t let closed doors keep her out. The cover photo oft he first ever issue of Life for November 1936 was by her, and to keep things simple she wrote the story behind it as well. The exhibition presenting the work of the photographer consists of 154 photographs, books, letters and periodicals. The focus is on the pictures she took in the 1930s and 40s in the former Soviet Union, former Czechoslovakia, Germany, the UK and Italy. Also shown are such typical Bourke-White photographs asthose she did for Eastern Airlines and the Chrysler Corporation. In the documentation section some of her word-picture sequences for the photo magazines Fortune and Life are on view as well as extracts from her correspondence with personalities from the worlds of politics and culture, such as Winston Churchill and Georgia O’Keeffe. Her pictures testify to her “unquenchable desire to be present when history is being made”, as she herself put it. Bourke-White wanted to be the “eyes of the age”. 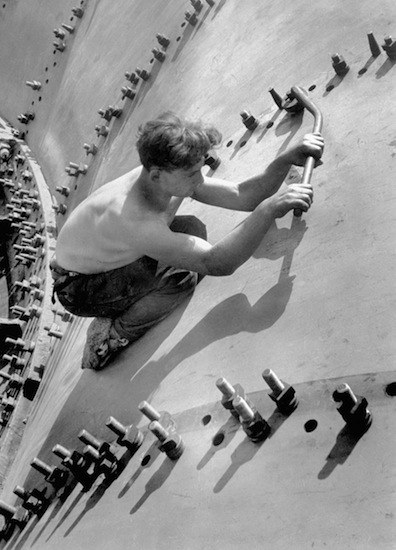 © Margaret Bourke-White: Man tightening the large nuts on the turbine shell of the Dneprostroi Hydroelectric Plant near Zaporizhia

For Life magazine, then one of the best known and most ambitious ventures in photojournalism, she travelled around the whole world. Her career began in 1927 in Cleveland, where she photographed the city’s steel mills. She traveled to the USSR when the first five-year plan was being implemented, and documented the droughts of 1934 in the USA, the German invasion of the Soviet Union in 1941, and the Allied bombing of Germany. In summer 1945 she was commissioned by Life magazine to make a photographic record of the destroyed German cities. Bourke-White was present at the liberation of the Buchenwald concentration camp and the Leipzig-Mockau forced labour camp. Her photo “The Living Dead of Buchenwald” went around the world. Her pictures often graced the covers of Life, for which she worked for many years. Sometimes she made the headlines herself, as when on 22 January 1943 Life magazine published her report on an air raid on the El Aouina airfield in Tunis – the Germans’ main air base for supplying their troops in North Africa from Sicily – under the title “Life’s Bourke-White Goes Bombing”. Her pictures stand for an era. 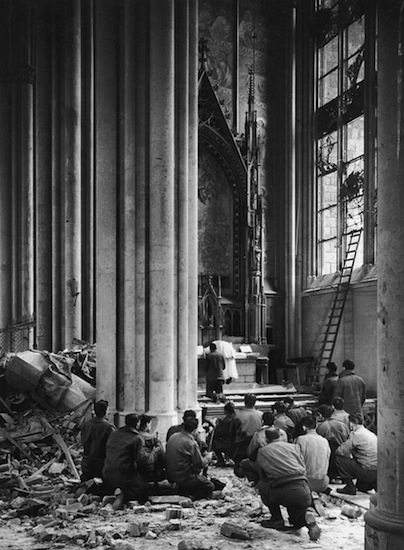 
The exhibition was curated by Oliva María Rubio. An exhibition by La Fábrica Madrid in cooperation with the Kunstfoyer of Versicherungskammer Bayern (Munich), Martin-Gropius-Bau (Berlin), the Preus-Museum Norway and the Fotomuseum Den Haag and Syracuse University, Syracuse, USA.