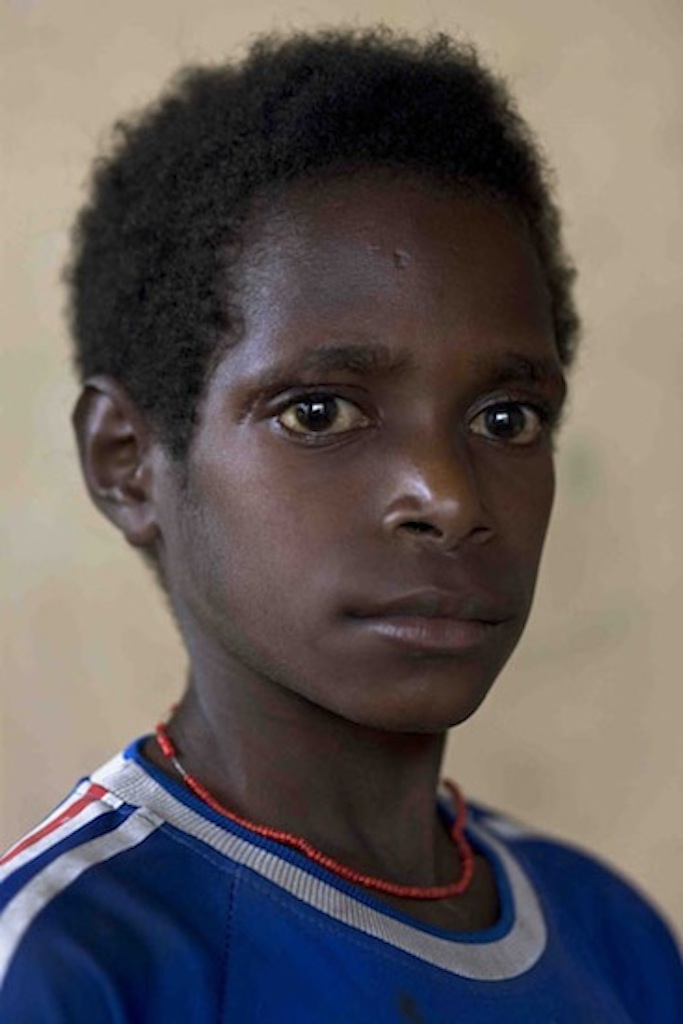 The Asmat in the Indonesian part of New Guinea (previously Dutch New Guinea) is a largely impassable mangrove swamp, roughly the same size as The Netherlands. The native inhabitants still live here, isolated from the rest of the world. Visual artist Roy Villevoye and photographer Koos Breukel visited the small hamlet of Tí together at the end of 2011. This small village is situated on the upper reaches of the Unir river in the northeastern part of the Asmat. Tí can be reached by sailing for three days upriver from the central small sea harbour Agats using a motorised canoe. The people of Tí have been living in the tropical rain forest completely isolated from the rest of the world for generations. However, Indonesia is encouraging the commercial exploitation of the area. For the time being Tí seems to remain unaffected by the economic changes taking place.

Breukel and Villevoye portrayed every single one of the 120 inhabitants. They each made these portraits using their own particular experience, way of looking and background during photography sessions with the villagers which took place simultaneously. Breukel installed a small mobile photo studio whereas Villevoye simply portrayed the villagers outside. The resulting photographs were printed immediately and given to each person. By using the same cameras the material derived from these sessions is equal and interchangeable. 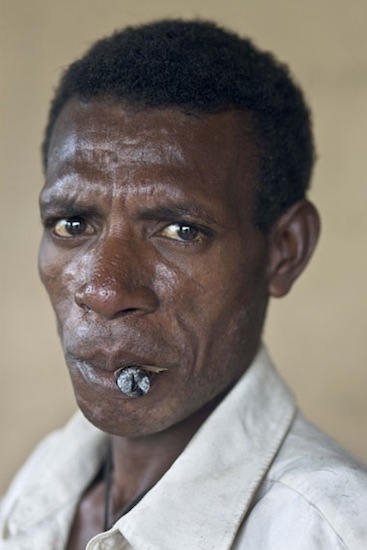 
It is fascinating to get so close to the inhabitants of Tí by looking at the photographs. They do not have any other image of themselves than the people around them. Breukel and Villevoye have produced a document of a group of people still living as hunters and gatherers. In this way they have depicted the common origins of every human being. The idea that it concerns a particular group of people living in Papua quickly becomes insignificant. The exhibition shows us an image of a group of people living and surviving together. In this way it becomes a universal images portraying us all.

In the studio of Koos Breukel a wide variety of people come to pose: men, women, the young and the old, students, artists, masters and servants, family, friends and passers-by. Breukel photographs people because he wants to find out if they have suffered some form of injury as a result of setbacks in their lives, and if they have managed to come to terms with this. His work is included in important collections such as Gemeentemuseum Den Haag, Stedelijk Museum Amsterdam, Fries Museum, Caldic Collection, Moma San Francisco and Maison Europeénne de la Photographie in Paris. 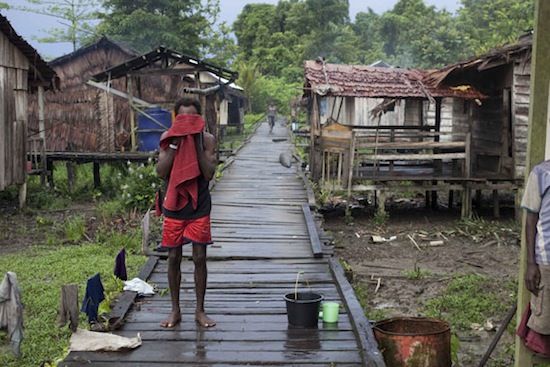 
Elements and people from Papua New Guinea are an oft recurring theme in the work of Roy Villevoye. He is interested in the functioning of a culture and how it develops in relation to other cultures. His work has often been exhibited, amongst others at Museum Boijmans van Beuningen in Rotterdam, at Stedelijk Museum Amsterdam and at Centraal Museum in Utrecht. His work is part of collections in both the Netherlands and abroad and his films are shown regularly at film festivals. Tí is organised in collaboration with Motive Gallery and Van Zoetendaal Collections. The 2011 journey to Tí of Breukel and Villevoye was partly made possible by the support of the Mondriaan Foundation.