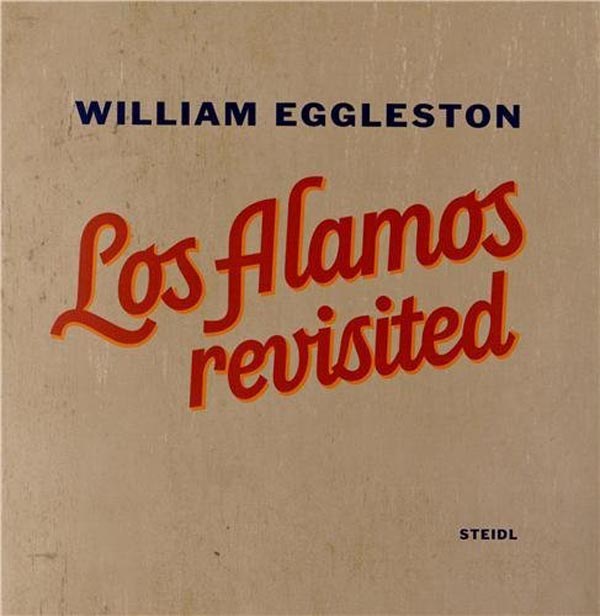 Between 1965 and 1974 William Eggleston and Walter Hopps traveled together in the US, Eggleston taking photographs, Hopps driving. During these travels the title Los Alamos was born. At the turn of the century Eggleston, Hopps,Caldecot Chubb and Winston Eggleston edited the photographs into a set of five portfolio boxes containing dyetransfer prints, which were produced in an edition of five with three sets of artist proofs. In addition to this selection, a further thirteen images were printed and released as individually available dye-transfer prints, which were referred to as “cousins” of the Los Alamos project. Hopps’ original vision was to make a vast exhibition of the project, but plans fell through and the idea was abandoned. At some point the negatives became separated, Hopps retaining roughly half of the project in Houston. Later Hopps carefully returned what was assumed to be the remainder of the negatives to Memphis and they were catalogued as Box #17. After Hopps’ death in 2005 his widow Caroline found another box of negatives that had never been accounted for. These were then catalogued as Box #83 and documented in a hand-made reference book called Lost and Found Los Alamos. In 2011, William Eggleston III (son of William) and Mark Holborn came together to review the now complete set of negatives for a final edit and sequence. They finished their sequence in Göttingen with Winston Eggleston in 2012. It is presented in its entirety in this three-volume set. An earlier edition of Los Alamos edited by Thomas Weski was published by Scalo in 2003. Weski’s original essay is included in this revised edition. Los Alamos Revisited has been drawn from the complete set of photographs, including the long lost negatives from Box #83.