Edwynn Houk Gallery is proud to announce its representation of the esteemed French photographer, Valérie Belin 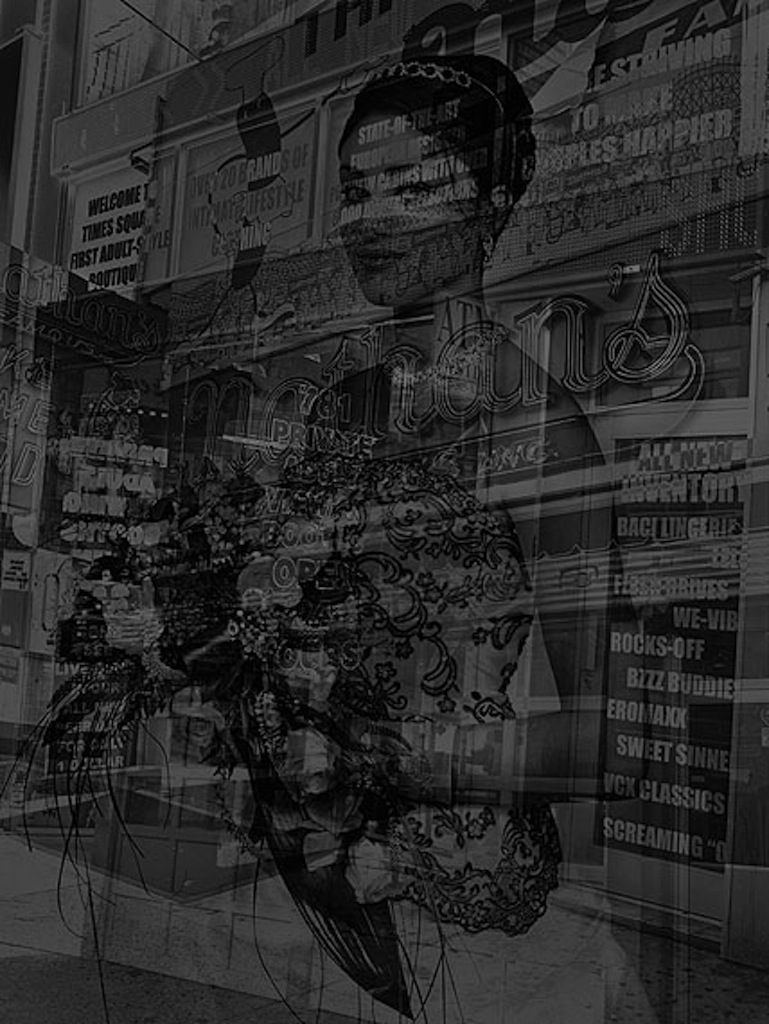 An exhibition of black and white photographs from the artist’s latest series, Bob, Brides and Interiors. This will be her first exhibition with the gallery, and her first in New York in three years. Concurrently this spring, Belin will be showing at the House of Photography, Moscow.

Belin creates these remarkable, large-format images by layering several negatives, such that the subject is juxtaposed with a jarring background. In each of the Brides, the figure stands in a traditional portrait pose, wearing her bridal gown and holding her bouquet. But in place of the picturesque backdrops of traditional wedding photography, Belin shows her brides in front of fast food restaurants, adult video stores, sex shops, and other gritty scenes from city life. In the series Bob, meanwhile, Belin explores the genre of the nude for the first time. Bob, a burlesque performer inspired by American pin ups of the 30s, stands contrappasto before various stage sets, depicting everything from a street corner to a 70s living room. Just as the Brides stand detached from their surroundings, so Bob seems cut adrift from the dancer’s natural locales. Conversely, the intimate Interiors serves as a different sort of portrait, devoid of a sitting subject. Instead, Belin has photographed the spaces of obsessive collectors; the barrage of objects giving clues about the room’s occupant. 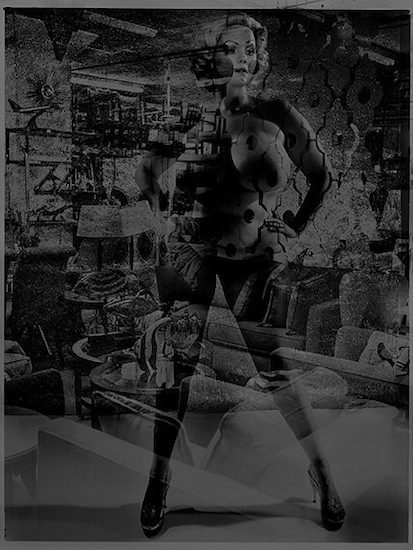 
Belin has long been fascinated with artifice, and has often photographed those who are predisposed to theatricality and show: cardsharks, models, dancers and bodybuilders. These new works are in keeping of that, further exploring the significance of appearances. Belin sets out to go beyond what conventional, realist photography can capture, instead exploiting all the possibilities of digital manipulation, to present a type of magic realism, hovering between reality and illusion. Everything included in Belin’s images is done to achieve an effect, just as the subjects themselves, or the objects they own, are inclined to do. Quite rightly, she has been described as a “superb designer of Baroque sur-réalité.”

Valérie Belin (b 1964, Boulogne-Billancourt, France) has exhibited extensively both here and abroad. A major touring retrospective was organized in 2008, at the Huis Marseilles, Museum of Photography, Amsterdam; the Maison Européenne de la Photographie, Paris; and the Musée de l’Elysée, Lausanne. Her work has been featured in several group exhibitions, including at the Mori Art Museum Tokyo, the Museum of Modern Art, New York, and the Centre Pompidou, Paris. Belin is the subject of numerous monographs, including the volume that accompanied the retrospective tour, published by Steidl in 2008, and Valérie Belin (black eyed susan), with an essay by Tobia Bezzola, published by JRP Ringier, in 2011. Her work is in numerous private and public collections, including the Musée d’art Moderne de la ville de Paris, Kunsthaus Zürich, Los Angeles County Museum, Museum of Modern Art, New York, and the San Francisco Museum of Modern Art. Belin lives and works in Paris.