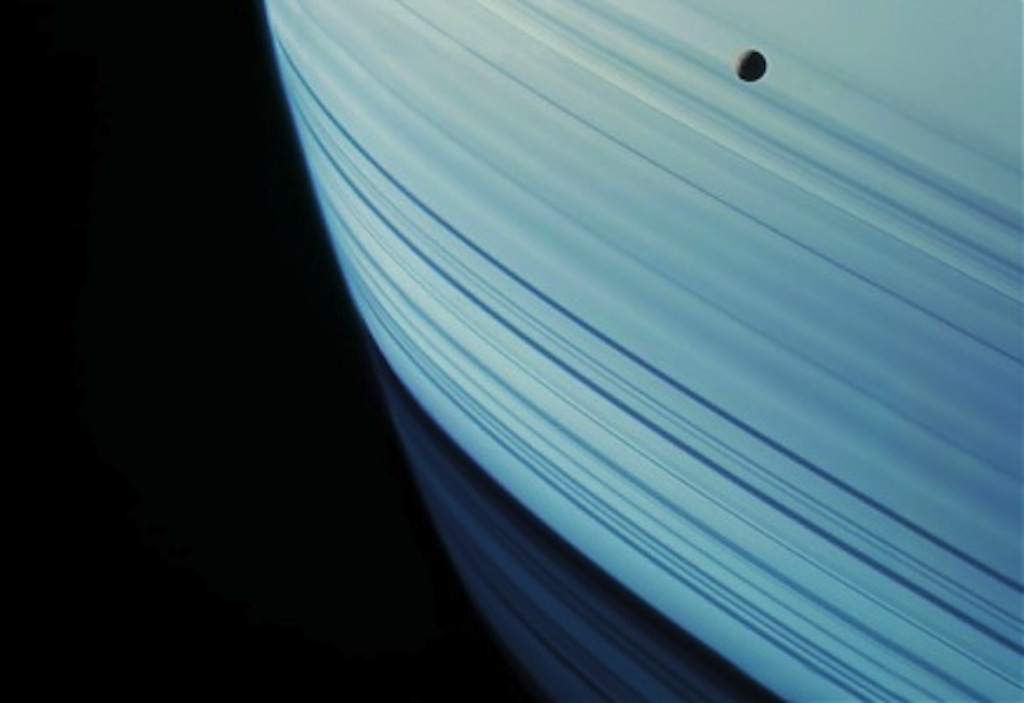 Michael Benson creates intensely detailed views of the solar system, by curating and composing images he finds by mining the vast archives of raw image data from robotic spaceflight. Planetfall focuses on images taken during the last twelve years by contemporary spacecraft such as the Cassini Saturn orbiter, the intrepid Mars rovers Spirit and Opportunity, and the Earth-orbiting Solar Dynamics Observatory.

To encounter a Benson landscape is to be in awe of not only how he sees the universe, but also the ways in which he composes the never-ending celestial ballet. From the spidery volcanic fractures that scar the surface of Venus to the time-lapse flight path of a stray asteroid, the dizzying close-ups of the swirling "red spot" of Jupiter, the x-ray-filtered view of the sun's surface and the rippling red dunes of Mars, Benson is a visual stylist with a gift for framing and focus. Apart from cutting-edge high-definition renderings of our solar system's most familiar objects, he also routinely converts extra-terrestrial terrain into thrilling, abstract landscapes that seem positioned somewhere between the scientific and the avant-garde. -Steven James Snyder, Time (10/11/12)

Michael Benson's work focuses on the intersection of art and science. A photographer, writer, and filmmaker, Benson studied photography as an undergraduate at SUNY-Albany and attended NYU Graduate Film School. He was an established journalist and freelance writer and photographer before he moved to Slovenia in 1991 to make what became the award-winning documentary, Predictions of Fire, about the controversial Neue Slowenische Kunst (New Slovenian Arts) collective in the context of the Balkan wars of the 1990's. In 1992, in collaboration with the Slovenian arts collective Irwin, Benson created the art performance piece Black Square in Red Square, in which a square of black cloth, 75 feet to a side, was unfurled in Moscow's Red Square in an homage to Kazimir Malevich and Suprematism.

Benson has been working with planetary photography under the title Beyond and Planetfall since the early 2000s. His photographs have been widely exhibited internationally, including in museums such as the Smithsonian Institution, and have been published in three books, Beyond: Visions of the Interplanetary Probes (Harry N. Abrams, 2003), Far Out: A Space-Time Chronicle (Harry Michael Benson, Sun on