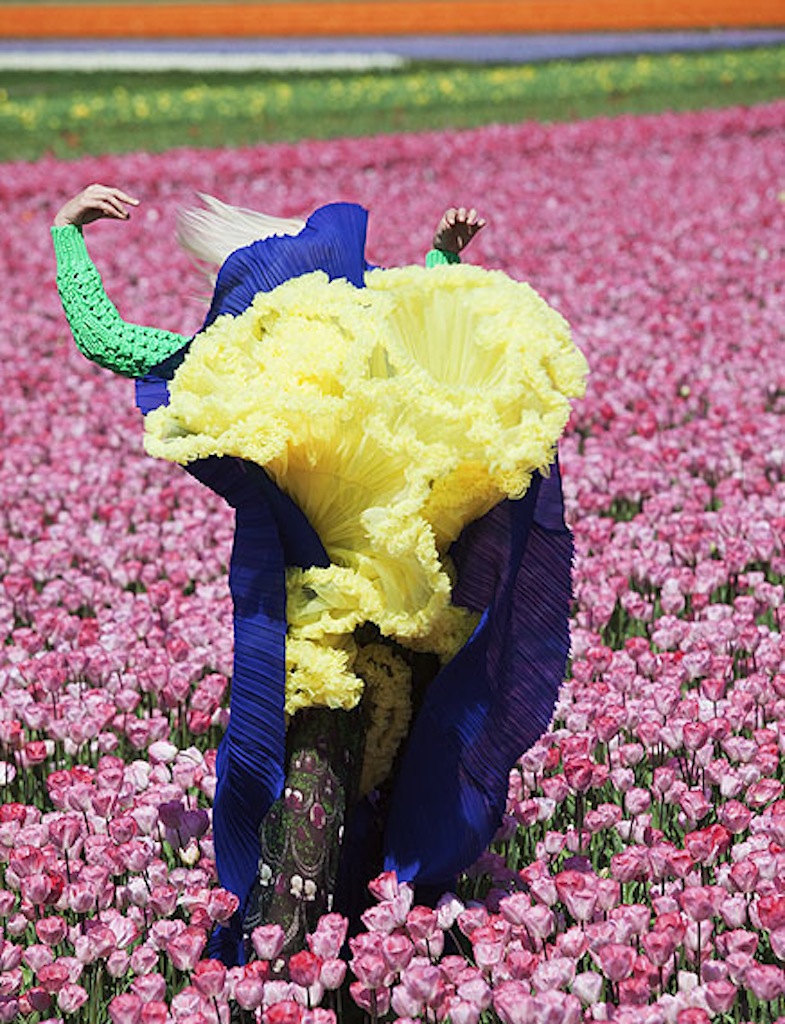 Fashion photography that goes far beyond the confines of the genre.
A modernist research into form that has yielded a surreal beauty and an innovative vocabulary within fashion photography. In the Netherlands and abroad Viviane Sassen is known foremost as an artist, whose somewhat surreal, colourful photographs of Africa won her the Prix de Rome in 2007. Alongside her autonomous work, however, she has long worked as a fashion photographer. Her fashion work is held in high regard, and she has carved out her own unmistakable style. Huis Marseille is exhibiting a retrospective of her fashion oeuvre over the last 17 years.

The retrospective shows images built up like a painting or a collage and which arise in free association and creativity. These are not generally prominent aspects in the cautious climate of today’s largely commercially-driven fashion photography, but they are typical of Viviane Sassen’s fashion photography. Over the last 17 years Sassen has developed a personal language that is sometimes surreal – with intertwined bodies, sculptural compositions and abstract forms – and on occasion perhaps bewildering, but it is always fascinating and full of energy. Sassen’s fashion photography is marked by both innovative strength and a surrealistic beauty. In contrast to her renowned autonomous work, Sassen’s fashion photography is commissioned work that is created in close collaboration with a team of stylists, art directors, models and make-up artists. This means Sassen can treat fashion photography as the ultimate playground, somewhere she can work quickly and intuitively while enjoying the additional benefits of having a professional team on hand to facilitate her experiments. She calls this her ‘Laboratory’.
The early work
Viviane Sassen’s fashion photography idiom developed from 2000 onwards partly in close and experimental collaboration with Emmeline de Mooij, with whom she produced photographic series for magazines such as Purple, Re-Magazine and Dazed & Confused. The exhibition in Huis Marseille includes the series Nudes. A Journey, which includes early nude photos by Sassen and De Mooij that were based on simple ideas that had strange and surprising effects. Bodies became part of a sculptural investigation, were linked to extensions in the form of objects and clothing, and were turned into an amorphous tangle. The exhibition also includes images from the now iconic series she made for the magazine Kutt in 2002, an ironic comment on an advertising campaign Sassen had shot for the Italian fashion house Miu Miu the previous year. The models’ bodies are so intertwined that it is almost impossible to say what belongs where. According to De Mooij they had worked “in a sort of dream world”, working by free association. Sassen has remained strongly attached to this spontaneity, and her work is correspondingly free from the fashion world’s prevailing codes and conventions. 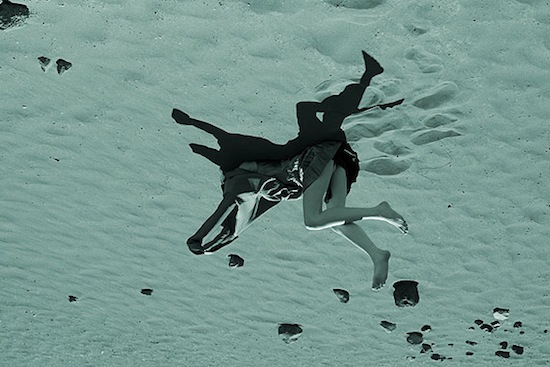 
A world of independent creativity
The Huis Marseille exhibition will be showing a selection of more than 300 photos taken from advertising campaigns created for Carven, M-Missoni, Stella McCartney/Adidas and Levi’s, and from editorials for magazines such as Pop, Wallpaper, Numéro, AnOther Magazine, Purple, and Dazed & Confused, projected in a special way. The fact that Sassen’s fashion images generally arise in the course of an unobstructed creative flow is particularly clear in this second category, in which the exciting, experimental, creative, modern character of contemporary fashion can be found. This is where Sassen’s idiom can develop unhindered. Here Sassen can carry out a modernist research into form that has much in common with the formal experiments of cubism, surrealism and minimalism. Sassen can blithely cut out her models’ limbs and have them fly away into the background, add areas of colour to her images to stimulate the viewer’s imagination, or rotate her pictures to free them from the constraints of gravity. The exhibition also contains a section called Foreplay, with images she makes just before or right after a shoot, revealing the serendipities of the photographic process. This series forms perhaps the most intriguing new genre in Viviane Sassen’s oeuvre, with images marked by an extraordinarily beautiful abstraction.
Body and form
Sassen works with natural resources like bright sunlight, shadows, mirrors and reflection, but her images are also constructed using colours, forms and textures, in a kind of joint alchemy with stylists and models. The exhibition shows many beautiful examples of this, including her collaboration with Dutch top model Anna de Rijk, and a special series – 36 portraits of the French stylist Roxane Danset – which is being exhibited at Huis Marseille in its entirety. Having started as a kind of performance, with Danset as a “white Grace Jones, obviously without the singing”, this exercise led to strange and unexpected forms that Danset herself describes as “creature-esque”. Viviane Sassen’s spontaneous, non-commercial, and characteristically individual approach has ensured that her fashion photography goes far beyond the usual confines of this medium. The fashion domain affords her the space to carry out experiments that generate a reservoir of material with which to develop the language of her autonomous work. The exhibition also furnishes convincing proof that Sassen is developing a visual vocabulary for the fashion photography of the future. 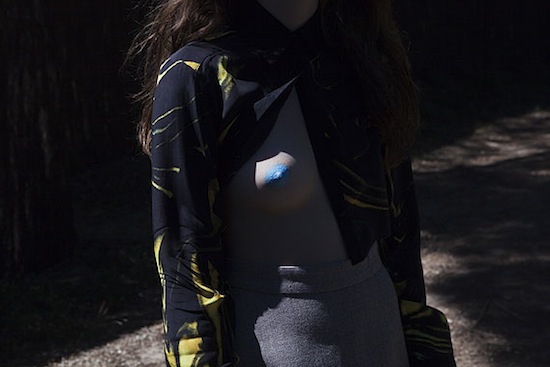 
Biography
Viviane Sassen (Amsterdam, 1972) was awarded the Prix de Rome in 2007 and the ICP Infinity Award for Applied and Fashion Photography in 2011. Her much-lauded autonomous work, which unlike her fashion work arises in contemplative isolation and on far-flung travels, especially in Africa, has been collected in publications including Flamboya (2007), Parasomnia (2011) and Die Son Sien Alles (2012). Her work has been exhibited in museums all over the world, including the MoMa in New York, the LACMA in Los Angeles, the FORMA in Milan, the Kunsthalle in Vienna, and numerous other locations in France, Australia, Korea, the UK, Germany, South Africa and Nigeria.

Publication
Simultaneously with the exhibition, Prestel Publishing is presenting a monograph entitled Viviane Sassen: In and out of fashion, with contributions by Nanda van den Berg and Charlotte Cotton. This hardcover book has 260 pages, 250 colour illustrations, and a chronological overview of tear-sheets of almost all Sassen’s fashion series to date. The book is for sale in the museum shop for €49.95. A press proof PDF of the book is available on request; please contact Wannes Ketelaars at wannesketelaars@huismarseille.nl. 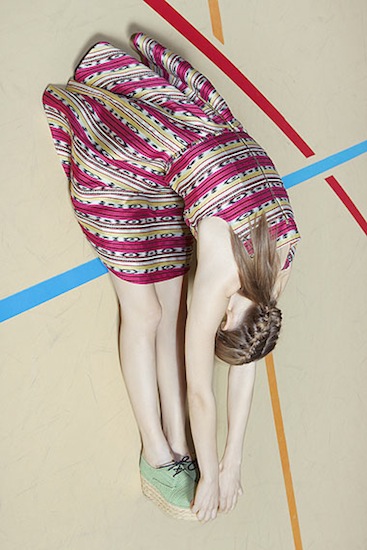