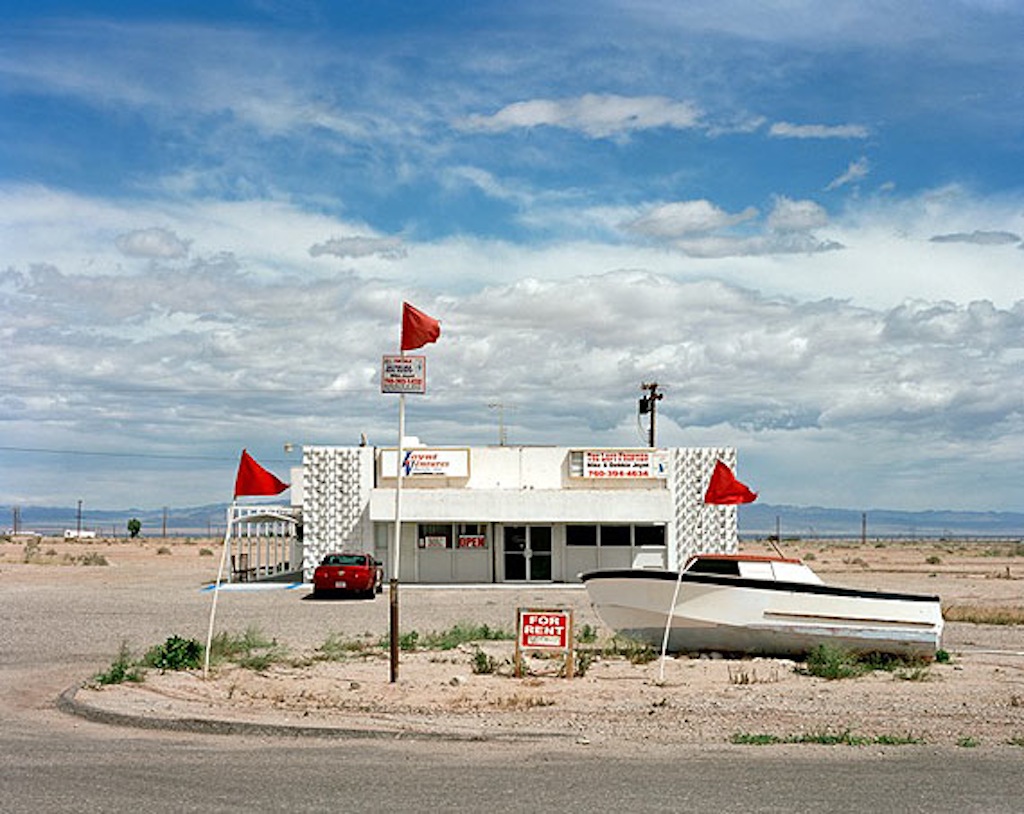 John Humble (1944) lives for over 30 years in Los Angeles , and has made over that period of time an extrodinary series : LA Landscape, a series which has been shown at the J. Paul Getty Museum. These images, taken with a large scale camera , placed on his VW van show images from the outskirts of LA, in vivid colours with an extrodinary composition.

Following to this exhibition, John Humble has made a roadtrip throughout the US, documenting the interior of the US , we see crossroads in abandoned towns, shiny grain silo’s , run down shops in abandoned villages. It shows the backside of the American dream , the reality of abandoned towns in the US. 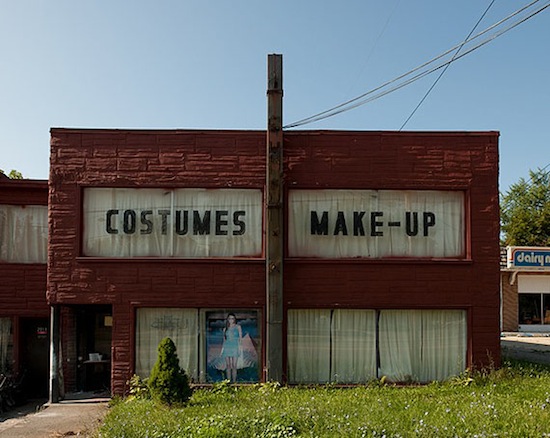 © John Humble - From West to east.
Dave Jordano (1948) has been documenting the American Landscape from his hometown Chicago. He shows for the first time the series Prairieland, a series of images of smalltown America, abandoned villages and towns in the Midwest, pictures look very much like paintings of Hopper. 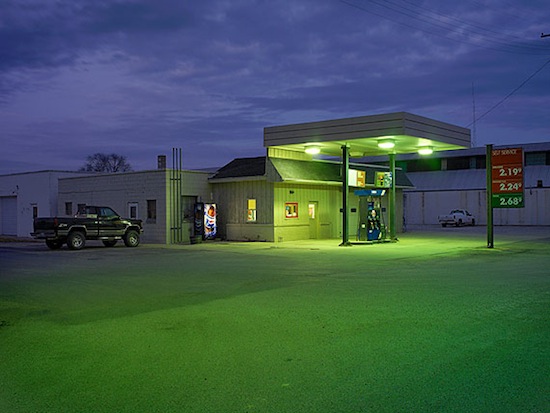