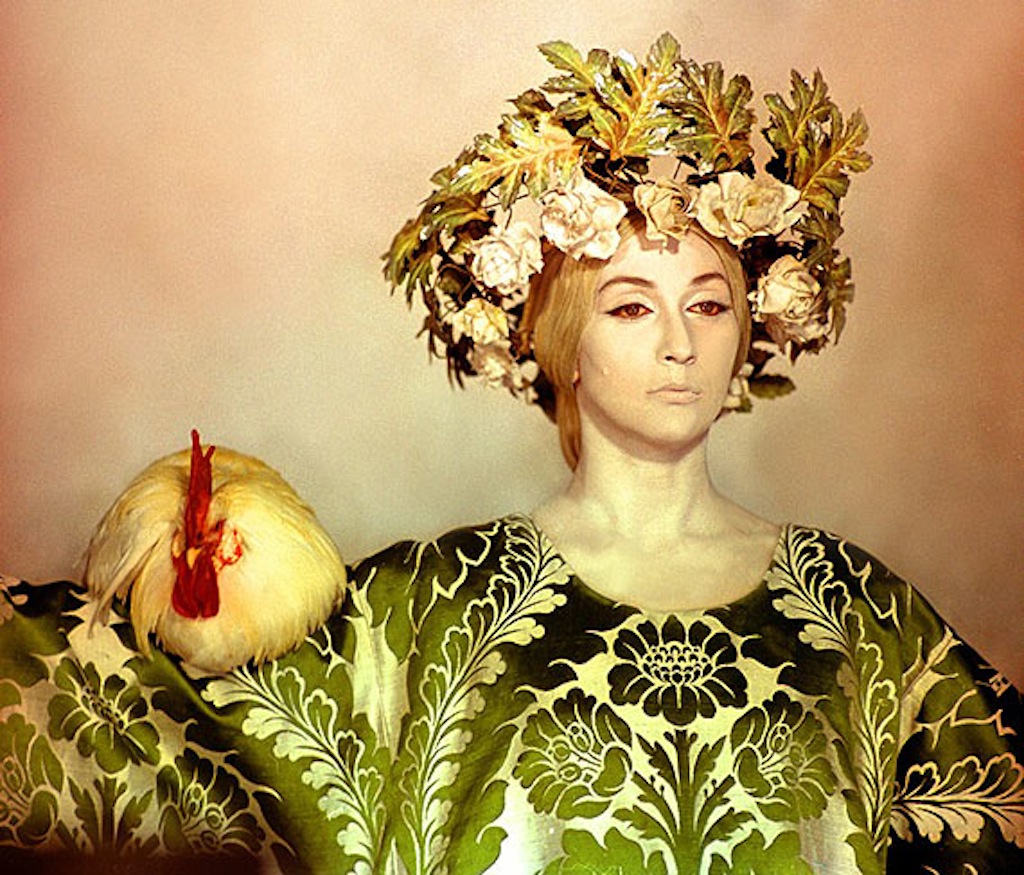 Works from the private archives of Andrey Tarkovsky and Sergei Parajanov
Anya Stonelake/White Space Gallery in collaboration with ArtMost Foundation presents a unique exhibition from the private archives of two of the 20th century!s greatest film directors: Andrey Tarkovsky (1932 - 1986) and Sergei Parajanov (1924 - 1990). The exhibition and the surrounding events celebrate the 80th anniversary of Tarkovsky's birth and the great friendship between the two men. Andrey Tarkovsky is widely considered to be one of the greatest filmmakers the world has ever known. He made just eight feature films before his life was cut tragically short by cancer, at the age of 54 in 1986. Each film is an artistic masterpiece and a major landmark in world cinema. 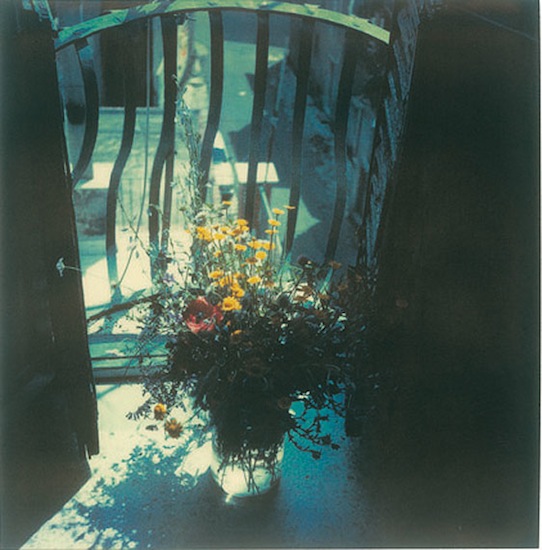 © Andrey Tarkovsky. San Gregorio, 11 June 1984. From the portfolio of 25 lambda prints, 2007.
The White Space/ArtMost exhibition will present a portfolio of unseen Polaroids courtesy of the Florence-based Tarkovsky Foundation that is run by the filmmaker's son Andrey Tarkovsky. Michaelangelo Antonioni gave the filmmaker his much loved Polaroid camera and it rarely left his side.
The London exhibition features photographs taken in Russia and Italy between 1979-1984.
They range from romantic landscapes to private shots of his family and friends - even the family snaps bear witness to Tarkovsky's sense of the power and beauty of the image.
Some remind the viewer of his 1974 film Mirror and others were taken in Italy while he was preparing Nostalgia in 1983.
The show pairs Tarkovsky's polaroids and projected scenes from his movies with photo collages and other works by Sergei Parajanov on an exclusive loan from the Parajanov Museum in Yerevan, Armenia, founded in 1988 when Parajanov moved there from Tbilisi, Georgia.
Sergei Parajanov is one of the most daring and visionary directors to emerge from the former Soviet Union.
Fellini, Antonioni and Tarkovsky hailed him as a "genius”, “magician” and without doubt "a master”.
His unique, explosive cinematic language has no equal in the world of cinema. 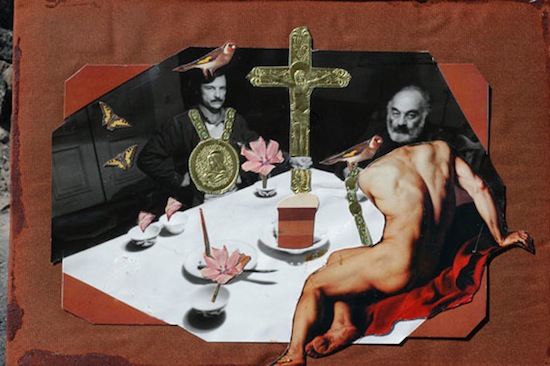 © Sergei Parajanov. Tarkovsky's Night Bird. 1987. C-type print from original collage.
In spite of his international acclaim, Parajanov was a constant target for the Soviet authorities.
No other director suffered as much as Parajanov; he was arrested twice on fabricated charges and as a result he spent five years in hard labour camps.
After his release he wasn!t allowed to work for fifteen years.
Deprived of the opportunity to make films, he dedicated his life to making collages, drawings and other art forms.
Parajanov won countless awards, including the BAFTA for the film Shadows of Forgotten Ancestors. The great friendship between the two men began in the early 1970s in Kiev - now in the Ukraine. Tarkovsky and Parajanov met just months before the latter was imprisoned.
They regarded each other as equals and each got inspiration from the other's work.
When Parajanov was arrested, Tarkovsky along with Liliya Brick, Federico Fellini, Vasily Katanyan, Vasily Shikshin, Yuri Lubimov, Kira Muratova and many others wrote letters to him and to the Soviet authorities asking for his release.
Tarkovsky wrote often to Parajanov sometimes sending artistic collages in exchange for the ones Parajanov made for him in prison.