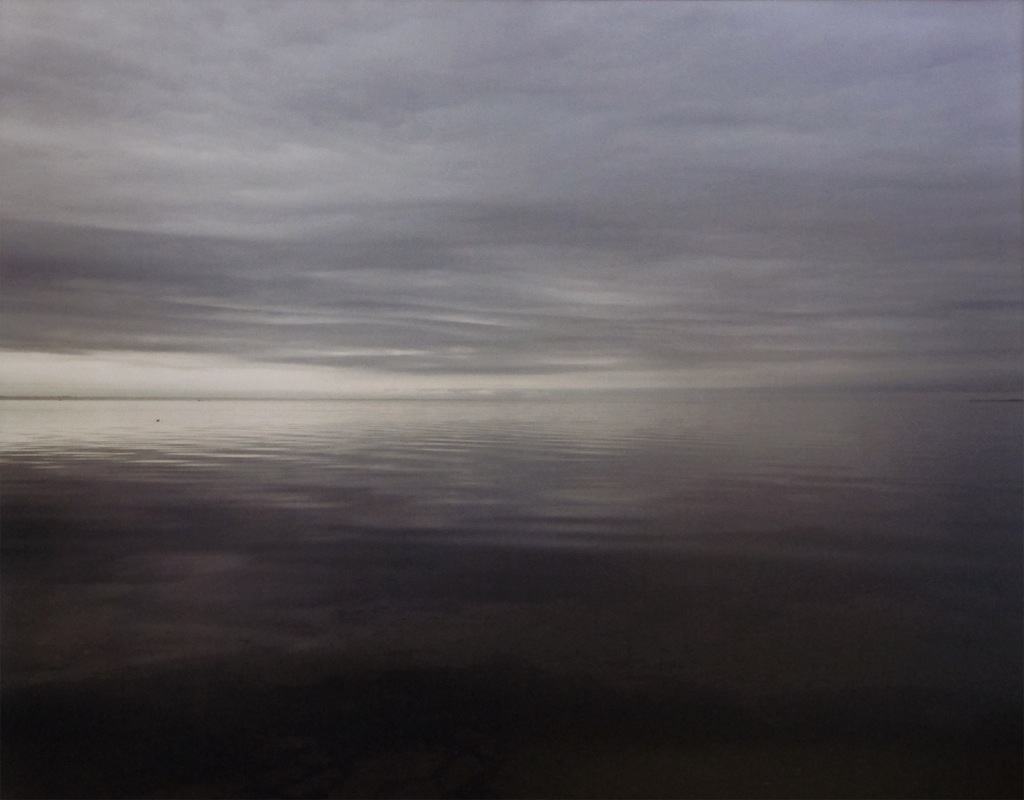 New York City – Howard Greenberg Gallery has announced its worldwide representation of Joel Meyerowitz, whose first solo show with the gallery, 50 Years of Photographs, will be a full survey of the artist’s career in two parts: November 2–December 1, 2012, and December 7, 2012–January 5, 2013. One of the foremost photographers working today, Joel Meyerowitz is renowned for his crucial role in the establishment of color photography as a fine art. His work has appeared in over 350 exhibitions in museums and galleries around the world. The exhibition coincides with the publication of a major book from Phaidon Press in November. A conversation with Joel Meyerowitz and Howard Greenberg will be held at the gallery on December 15 from 3 to 5 p.m.


Joel Meyerowitz 50 Years of Photographs will feature images from many of his most famous series, many on view for the first time. Part I of the exhibition includes his seminal street photography – both color and black-and-white and intimate images of American life. Among the highlights will be a number of images that show the artist’s witty take on street scenes: Times Square, New York City, 1965, offers a black-and-white shot of a movie theater with a couple kissing underneath a marquee that reads “Kiss Me Stupid. In the picture New York City, Times Square, 1963, he freezes his subject, a theater cashier, in a surreal pose, her face obscured by a round ticket window speaker. Meyerowitz also captured street scenes in Europe in the late 1960s. Fallen Man, Paris, 1967, depicts a passerby’s reaction to man lying in the sidewalk.


In 1970, Meyerowitz won a Guggenheim fellowship and began to travel across America, documenting American’s leisure pursuits during the time of the Vietnam War. A gelatin silver print, Anawanda Lake, New York, 1970, depicts a woman, arms raised, throwing her crutches in the water. Pool in Southwest, 1971, offers soft reflections of people in a swimming pool with geometric patterns. In the mid 1970s, Meyerowitz worked to grow as an artist and focused on creating images that depended less on a decisive moment and more on an overall field of view. His iconic image, Camel Coats, New York City, 1975, which depicts a young couple surrounded by steam, was made at this turning point. 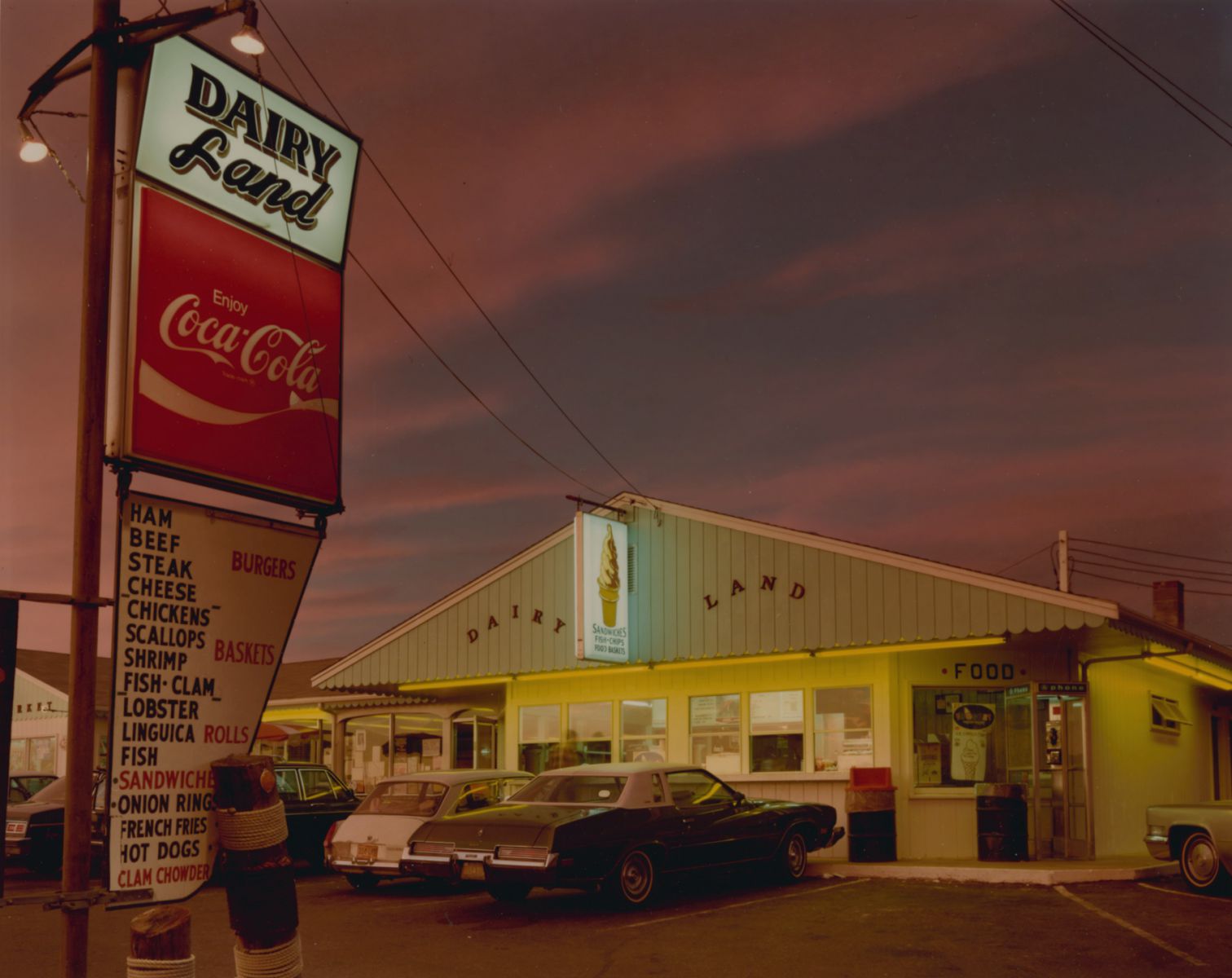 Part II of the exhibition will survey Meyerowitz’s large-format work as seen in his portraits, landscapes from Cape Cod, images from Tuscany, and urban settings in New York, St. Louis and Atlanta. With an extraordinary juxtaposition of glowing color, Dairyland, 1976, from the Cape Light series, 1976-1990s, depicts a take-out restaurant in Provincetown, Massachusetts, at sunset. About making this photograph, Meyerowitz has written that it “was like stepping into a cotton-candy pink haze. The light radiating through and off the clouds at that hour suffused everything with a rosy glow against which the yellow neon hummed a crazy harmony.” In Bay/Sky, First Light, Fall, 1987, from his Bay/Sky series, 1977-87, Meyerowitz captures the natural elements in a riot of purple hues as part of his sublime exploration of air, water, and horizon. Also on view will be 1970s 8 x 10 inch contact prints, and new work from 2012.


Coinciding with the exhibition at Howard Greenberg Gallery is the publication of the two-volume book Joel Meyerowitz: Taking My Time (Phaidon, November 1, 2012; $750, limited edition), which will feature nearly 600 photographs spanning the artist’s career, with many previously unpublished images. In addition, a museum retrospective of Meyerowitz’s work opened this spring at the Hotel des Arts in Toulon, France, and will open in Paris at the Maison Européenne de la Photographie in January 2013. In October Sterling Signature Books published Provence: Lasting Impressions with photographs by Meyerowitz and written by his wife, Maggie Barrett.


Joel Meyerowitz was born in New York City in 1938. He began his career in the 1960s as a street photographer after a chance encounter with Robert Frank. His first book, Cape Light, published in 1979, is considered a classic work of color photography and has sold more than 100,000 copies. He is the author of 17 other books, including Legacy: The Preservation of Wilderness in New York City Parks (Aperture, 2009). In the wake of 9/11, as the only photographer given official access to Ground Zero, he created the World Trade Center Archive, selections of which have toured around the world. Meyerowitz is a two-time Guggenheim fellow and a recipient of awards from both the NEA and NEH. He is a recent winner of the Royal Photographic Society's Centenary Award, its highest honor, and this fall, for his 50 years of work, will receive the Lifetime Achievement Award at the Lucie Awards, an annual event honoring the greatest achievements in photography. His work is in the collections of many major museums, including The Museum of Modern Art, New York; the Whitney Museum of American Art, New York; and the Museum of Fine Art, Boston. Meyerowitz lives and works in New York City.