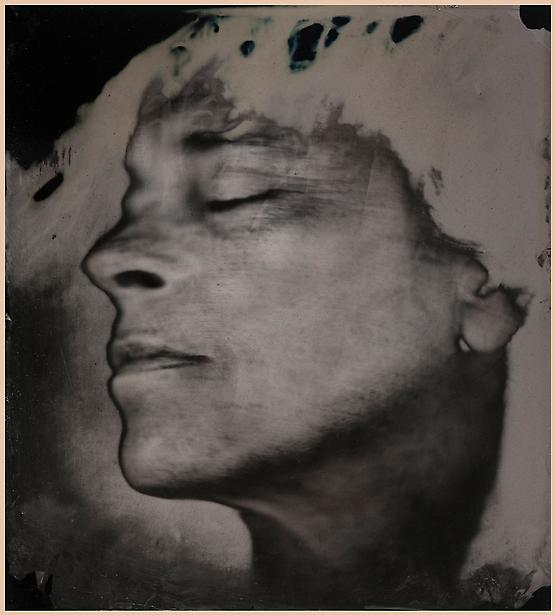 Edwynn Houk Gallery, in cooperation with Gagosian Gallery, is pleased to announce an exhibition of new photographic self-portraits by Sally Mann (American, b. 1951) from 13 September through 3 November 2012. An opening reception for the artist will be held on Thursday, 13 September 2012, from 6-8pm.
Most people know Sally Mann as one of the most influential and important photographers working today, but what is far less known is the fact that Sally Mann is also an avid and successful equestrian. On her farm in Lexington, Virginia, Mann fills her pastures with Arabians, a breed known for their spiritedness, loyalty, and for their unyielding courage, a combination of character traits which are essential for endurance riding, Mann’s chosen sport.
Sally Mann’s photography has focused primarily on her immediate surroundings and on those things closest to her; her husband, Larry Mann (the subject of Proud Flesh, 2005-2009), her three children: Emmett, Jessie and Virginia (the subjects of Immediate Family, 1984-1994, and What Remains, 2004); her farm (Mother Land, 1993-1996), the South itself (Deep South, 1998 and Last Measure, 2001-2002) as well as the ephemeral nature of life, inextricably linked to the concept of death, as it relates to all the above (What Remains, 2004).
But most recently, it was her relationship with horses, and with one horse-related event in particular, that gave birth to this newest series. On August 11, 2006, we received the following email from Sally Mann:
"I had a real smash-up on Saturday...my stallion, cantering along way up in the mountains, suddenly staggered, reared back and fell over on me. I was knocked out but my friends say in his struggles to get up, he pummeled my back with his (newly shod that morning, *sigh*) hooves, bouncing me like a ragdoll...anyway, I came to consciousness in time to see him come crashing down next to me, dying. Terrible, indescribable.
Walked delirious 4 miles off the mountain and have been flat on my back for 6 days— Damaged everything, ribs, sternum, vertebrae, and black and blue from my eyes to my knees. The doctor who came out said, "You're going to hurt like crap for a long time" and so far he's been right. Sad about the horse, too. I was really crazy about him. Probably an aneurysm killed him.
Anyway, if ever I can get vertical and move my arms, beyond typing that is, I will try some printing..." 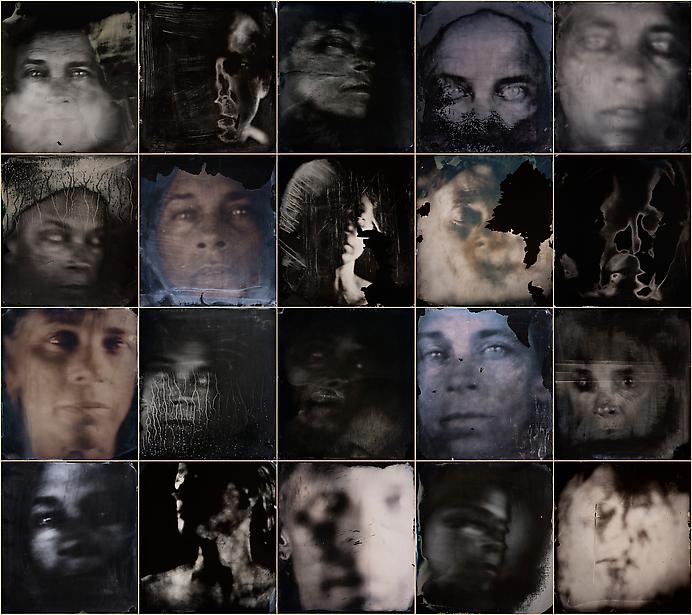 Untitled (Self Portrait), 2006-12, Sally Mann
© Sally Mann/Courtesy Edwynn Houk Gallery, New York
That was an optimistic sentiment; it was many months more of recovery and limited activity, a torment for a prolific artist. But Sally Mann found she could take pictures of herself without having to haul the camera around, finding a trove of material within the confines of her own face (Self-Portraits) and her own damaged torso (Omphalos). Mann has continued, now long after her recovery, to make more then 200 new ambrotypes since the accident in 2006. And characteristic of Sally Mann, the artist has created a new technique for this project which is based on 19th century processes but that incorporates a modern sensibility. Each unique image is captured as a wet-plate positive on a large, black glass plate and then is joined with others in groupings of 3, 9, 20, and even up to 75 plates.
Two grids of Sally Mann’s Self-Portraits were included in the 2010-2011 exhibition, “Sally Mann: The Flesh and The Spirit,” at the Virginia Museum of Fine Arts, Richmond. In the accompanying book, John B. Ravenal, the Sydney and Frances Lewis Family Curator of Modern and Contemporary Art, wrote about the Self-Portraits:
…Mann complicates the logic of the flattened geometrical order with references to the antiquated, the irrational, and the horrendous. The repetitive display of degraded images calls to mind discards from a mid-nineteenth-century photo studio – plates flawed by the sitter’s movement or the medium’s unstable actions, of which they present a catalogue: pitting, scarring, scratching, streaking, graininess, blurriness, erosion, fading, haziness, delamination, over-exposure, and under-exposure. 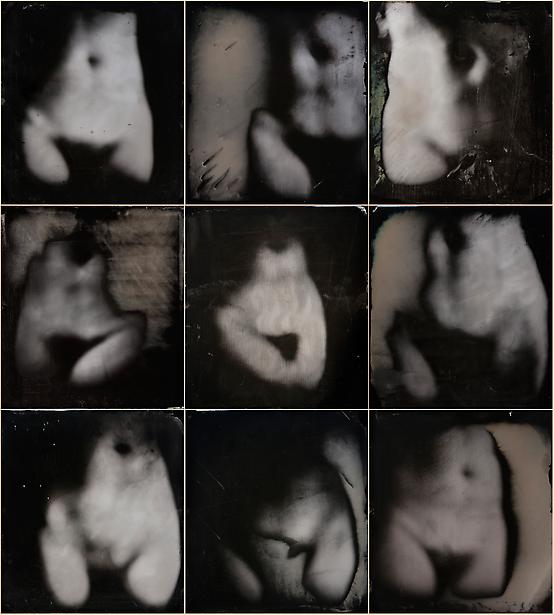 Untitled (Self-Portrait), 2006-12, Sally Mann
© Sally Mann/Courtesy Edwynn Houk Gallery, New York
For the very first time, the works from the Omphalos series will be on display. In this series, the focus is on the artist’s torso. Akin to the faces, the process is the same, but the grids of Omphalos examine more abstract, sculptural forms. The plates themselves have been treated as such: chiseled, scratched and smoothed until flesh becomes stone. Clearly a departure from one of the earliest and most timeless motifs in art, Omphalos is a title not only referring to the torso, but also to the symbolic continuation of the themes explored in Mann’s previous work: fertility, family, and heredity, recorded in the human form and in the land.
Sally Mann lives and works in Lexington, Virginia. A Guggenheim fellow, and a three-times recipient of the National Endowment for the Arts fellowship, Mann was named “America’s Best Photographer” by Time magazine in 2001. She has been the subject of two documentaries: Blood Ties (1994) and What Remains (2007), both of which were nominated for Academy Awards, She has been the subject of major exhibitions at the Institute of Contemporary Art, Philadelphia, and the Corcoran Gallery of Art, Washington, D.C.. Her photographs can be found in many public and private collections, including the Metropolitan Museum of Art; the Museum of Modern Art; and the Whitney Museum of American Art. Sally Mann is represented by Gagosian Gallery and Edwynn Houk Gallery.