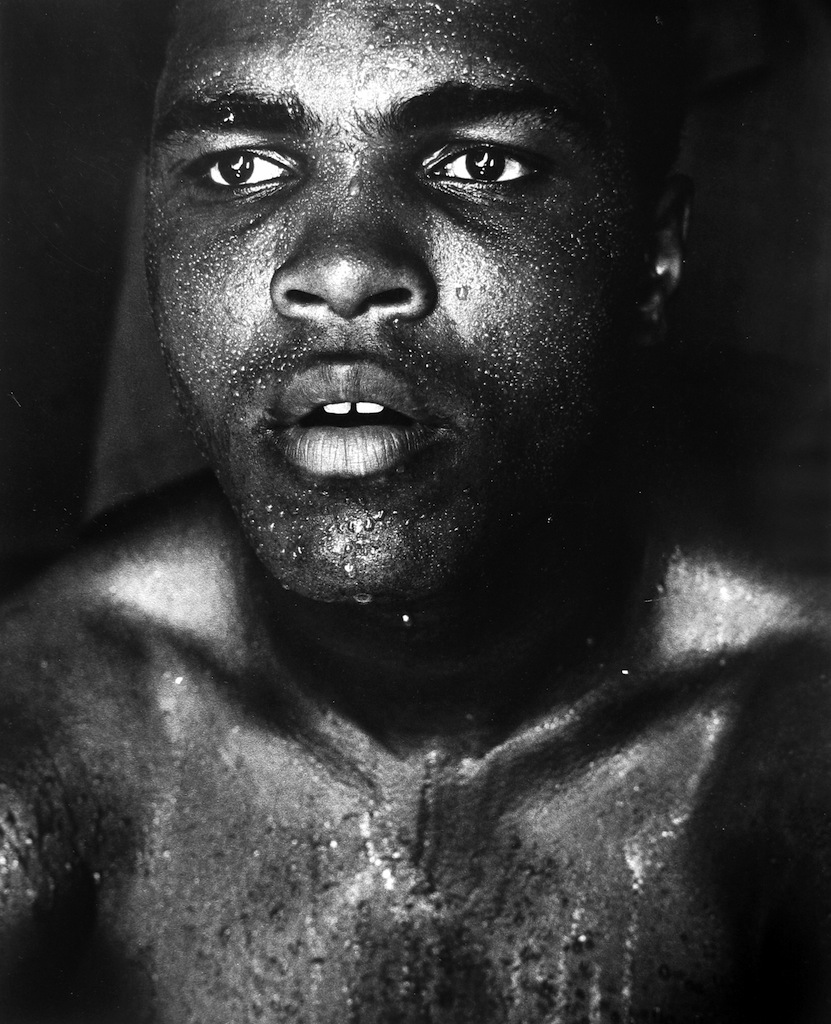 New York City -- In honor of the 100th anniversary of the birth of Gordon Parks, widely recognized as the most influential African American photographer of the 20th century, Howard Greenberg Galley in collaboration with the Gordon Parks Foundation will present two simultaneous exhibitions of his work. Contact: Gordon Parks, Ralph Ellison, and “Invisible Man,” curated by Glenn Ligon, and Gordon Parks: Centennial will be on view from September 14 – October 27, 2012. Parks, a remarkable Renaissance man who was also a writer, filmmaker, and composer, brought poetic style to street photography and portraiture, while exploring the social and economic impact of racism. An opening will be held at the gallery on Thursday, September 13, from 6 to 8 p.m.

Most noteworthy in the exhibitions will be a number of color prints from Segregation Story, 1956, a limited edition portfolio with an essay by Maurice Berger. On exhibition for the first time, they were produced in 2012 from a group of transparencies only recently discovered in a storage box at the Gordon Parks Foundation.

Contact: Gordon Parks, Ralph Ellison, and “Invisible Man,” curated by the artist Glenn Ligon, examines a series of works by Gordon Parks entitled Invisible Man. Many were first published in Life magazine upon the release of Ralph Ellison's award winning novel, which explored racial and social issues facing African Americans in the 20th century. A milestone in American literature, the novel is narrated by a black man who feels socially invisible. The exhibition includes the gelatin silver print The Invisible Man, Harlem, New York, 1952, a striking image of a man peering out from underneath a manhole cover in the middle of a deserted street.

As Ligon notes, “The photos for Invisible Man veered back in forth between an attempt to illustrate some of the feverish scenes in the novel and the “reality” of Harlem, which Parks had tried to document in his previous work. Indeed, many of the photos in the exhibition were seemingly created in relationship to Parks’ photo assignments in Harlem, not as illustrations for the novel, although it is hard to distinguish between the two. It is the tension between these motives—to illustrate a fiction and to document a reality—that is the basis of this exhibition.” 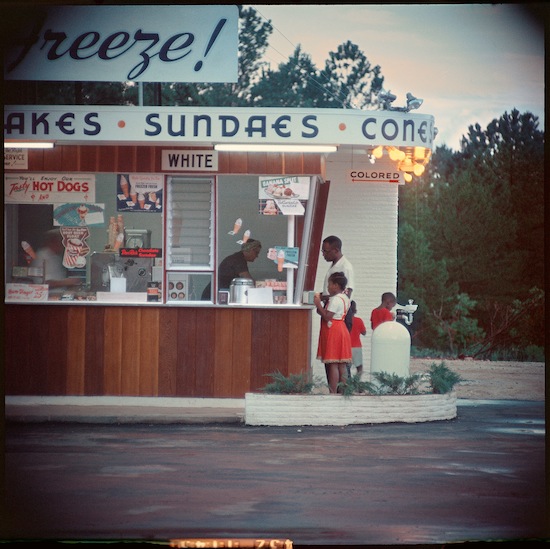 Gordon Parks: Centennial will survey nearly 40 works spanning five decades of the artist’s career beginning in the early 1940s, including some of the legendary photographer’s most seminal images.  Among the highlights in Gordon Parks: Centennial will be American Gothic, 1942. Considered to be Parks’s signature image, the gelatin silver print depicts Ella Watson, a black woman who mopped floors at a government building. Astonished by the prejudice he encountered on his first day in Washington D.C., Parks struck up a conversation with Watson and heard about the difficulties she faced due to bigotry and discrimination. That day Parks himself had been refused service at a clothing store, restaurant, and movie theater. Watson agreed to be photographed by him, holding a broom behind an American flag. Park’s riff on the iconic 1930 painting of the same name by Grant Wood became the symbol of the burgeoning civil rights movement. Another image, Muhammad Ali, Miami, Florida, 1966, shows the boxer looking tense and drenched in sweat. A color photograph of family waiting in front of an ice cream shop on a hot summer day, Untitled, Shady Grove, Alabama, 1956, is on view for the first time as part of the Segregation Story series taken for Life magazine.

The exhibitions at Howard Greenberg Gallery will coincide with Gordon Parks Collected Works, a five-volume book on his photographs to be published by Steidl in September. The book will be the most extensive publication to document Gordon Parks’s legendary career.

A number of other exhibitions in New York will coincide with the exhibition at Howard Greenberg Gallery including Gordon Parks: 100 Years at the International Center for Photography through January 6, 2013; Gordon Parks: 100 Moments at the Schomburg Center for Research in Black Culture through December 1, 2012; Gordon Parks: Crossroads at the Tisch School of the Arts, Gulf+Western Gallery, from September 4 through September 25, 2012; and Gordon Parks: A Harlem Family 1967 at the Studio Museum of Harlem from November 7, 2012 through February 2013.

Gordon Parks was born into poverty and segregation on a farm in Kansas in 1912, the youngest of 15 children. He worked at odd jobs before buying a camera at a pawnshop in 1938 and training himself to become a photographer. Parks was a as a photographer at the Farm Security Administration and later at the Office of War Information in Washington D.C. from 1941 to 1945. As a freelance photographer, his 1948 photo essay on the life of a Harlem gang leader won him widespread acclaim and a position from 1948 to 1972 as the first black staff photographer and writer for Life magazine, the largest circulation picture publication of its day. He was also a noted composer and author, and in 1969, became the first African American to write and direct a Hollywood feature film, The Learning Tree, based on his bestselling novel of the same name. This was followed in 1971 by the hugely successful motion picture Shaft. Parks was the recipient of numerous awards, including the National Medal of Arts in 1988 and over 50 honorary doctorates. Photographs by Parks are in the collections of numerous major museums. Gordon Parks lived in New York City for many years and died in 2006 at the age of 93. Harvard Professor Henry Louis Gates, Jr. stated, "Gordon Parks is the most important black photographer in the history of photojournalism. Long after the events that he photographed have been forgotten, his images will remain with us, testaments to the genius of his art, transcending time, place and subject matter.”

Glenn Ligon was born 1960 in the Bronx, New York. In 2011, his work was the subject of a traveling retrospective organized by the Whitney Museum of American Art, New York. Ligon has received numerous awards including the National Endowment for the Arts Fellowships in 1991 and 1989. Upon entering office, President Barack Obama selected the artist's painting Black Like Me No. 2, 1992, for the White House living quarters. Works by the artist are included in major museum collections including The Museum of Modern Art, New York; Solomon R. Guggenheim Museum, New York; Hirshhorn Museum and Sculpture Garden, Washington, D.C.; and Tate Modern, London. His work is represented by Luhring Augustine, New York; Regen Projects, Los Angeles; and Thomas Dane, London. The artist lives and works in New York.

About The Gordon Parks Foundation

The Gordon Parks Foundation permanently preserves the work of Gordon Parks, makes it available to the public through exhibitions, books, and electronic media, and supports artistic and educational activities that advance what Gordon described as "the common search for a better life and a better world." The Foundation is a division of the Meserve-Kunhardt Foundation. 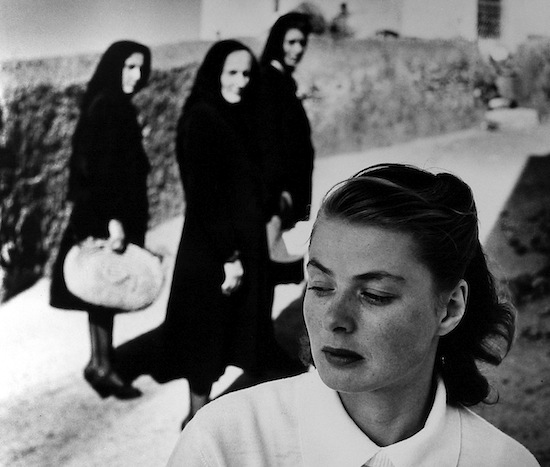