The Exhibition of the Photography XIX Century from The Rosphoto Collection 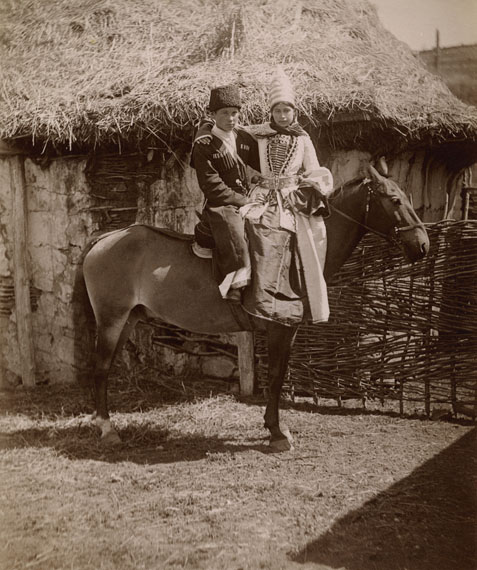 State Museum and Exhibition Centre for Photography ROSPHOTO has developed a series of exhibitions dedicated to its 10 year anniversary. In 2012, the exhibition halls in Bolshaya Morskaya will introduce to the audience the best examples of ROSPHOTO collections of contemporary photography and Russian XIX century photography. Travelling exhibitions on display in several towns in Russia will include: the projects of well known fashion historian Alexander Vassilyev Beauty in Exile and Russian Hollywood; Hungarian Masters of Photography with works of Martin Munkaszi, Robert Kapa, Brassai and Laszlo Moholy-Nagy from the collection of the Hungarian Museum of Photography; Photography and Neorealism in Italy. 1945 – 1965, an exhibition provided by the Italian CRAF archive. In 2013, the audience will see in the Centre's exhibition halls photographs of the first half of XX century along with foreign XIX century photography from ROSPHOTO collection. 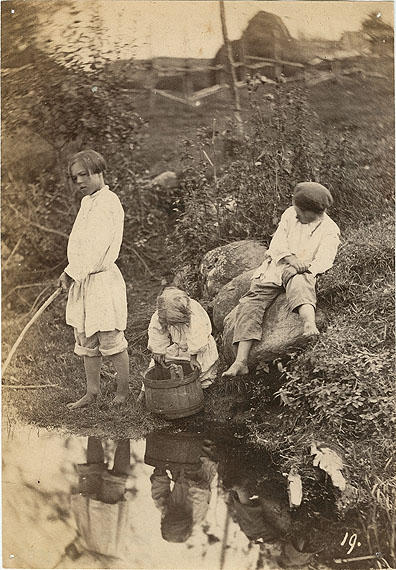 © William Carrick, until 1878, Peasant children on the Bank of the river

ROSHOTO started collecting photography only in 2002. Nevertheless, in the course of its ten-year history, this largest national centre on preservation, research and use of the Russian photographic heritage has managed to amass a most interesting collection of original photographs, from the 1840s daguerreotype portraits to contemporary works. Most diverse in the range of themes, genres and techniques, as well as chronologically, ROSPHOTO collection can be considered genuinely representative as it is able to outline the key points in the development of national photography and characterise the professional contribution of many of its leading masters.

ROSPHOTO has worked to assemble this valuable collection of photographic documents through systematic research, collaboration with booksellers, antiquarians, grantors, and not without support of its numerous friends. This collection has made it possible to test and practice various professional tasks, research the questions of preservation of and access to photography, the rich visual source of information, from its early 'metal' and 'paper' stages to contemporary digital and mass media forms. 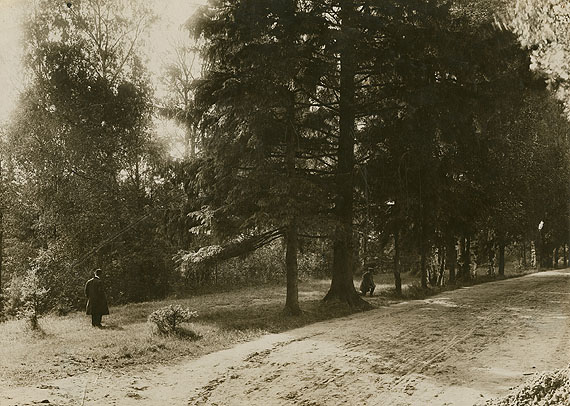 The best items in ROSPHOTO collection are regularly displayed at exhibitions and reproduced in catalogues, monographs, and periodicals. The research of ROSPHOTO collection has helped restorers, microbiologists, historians of photographic techniques in their laborious work. It has been also very useful for contemporary photographers experimenting with the old shooting and printing techniques and teaching them to their younger followers.

The exhibition of XIX century photography is one of the most important events of ROSPHOTO Anniversary program. This exhibition introduces to the audience the items that formed the core of ROSPHOTO collection: photographs by well known masters William Carrick, Alfred Lorens, Dmitry Yermakov, Maxim Dmitriyev, as well as no less interesting anonymous works. As the exhibition reviews the diverse collection, it also includes Feodor Orlov’s photographs demonstrating the consequences of the Crimean War, the views of the Caucasus, the Crimea, Moscow and St.-Petersburg, along with ethnographic “types” and pages from “Traveller’s Albums” and “Traveller’s Memories”, photographs from N.Nekhoroshev’s Turkestan Album and Khiva Album, as well as panoramic photographs of Tbilisi, Vladivostok and Balaklava, and Russian portrait and landscape photography in general.