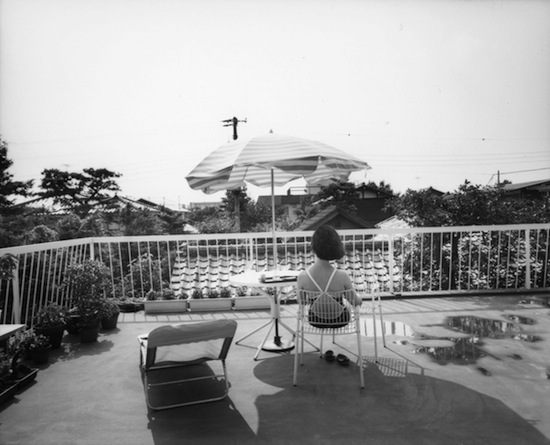 Rat Hole Gallery is pleased to present an exhibition of new work by Nobuyoshi Araki entitled Sentimental Sky (Japanese title: Senchimentaru na Sora) on view from August 24 until October 7. The exhibition will feature a video installation “Sanzenkū (Three Thousand Skies)” composed of 3000 of Araki’s images of the sky, as well as photographs from his series “Ai no Balcony (Balcony of Love)” which depicts scenes from Araki’s balcony across a span of 30 years.

After the loss of his wife Yoko in 1990, taking photographs of the sky became a habitual practice for Araki. To the artist, the sky is a mirror reflecting his emotional state, and the ever-changing faces of the sky are a metaphor for the simple passing of the ays- a similitude of life itself. Araki often refers to his photographs as being like an I-novel. Similarly, these photographs of the sky are personal, what Araki calls “shikū (I-sky),” capturing a sky that belongs to no one else other than Araki. 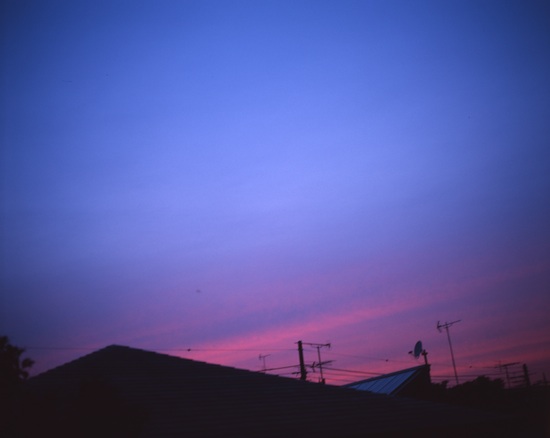 For his video installation “Sanzenkū (Three Thousand Skies),” a 4-hour long montage of 3000 photographs of the sky will be projected on a large screen in the main gallery. From images of clear blue skies to floating clouds and bold sunset colors, Araki’s photographs depict an endless array of expressions of the sky. In addition, the telephone wires, rooftops, and trees in the foreground that are signature to “Araki’s sky,” serve as a vital presence, and the feeling of nostalgia evoked by the images remind us of the painful loss of Yoko and Araki’s beloved cat Chiro. 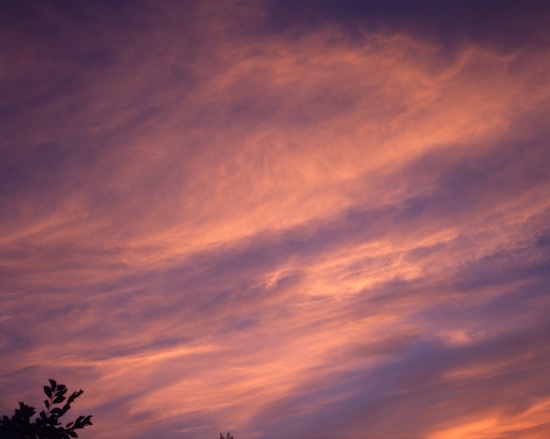 The exhibition will also feature a display of over 40 photographs from Araki’s “Ai no Balcony (Balcony of Love)” series taken from 1983 until 2011, along with 3 new silkscreen works of a drawing of Yoko.

Due to a move at the end of last year, Araki bid farewell to his house and balcony, a special place that has appeared as the setting of many of his works. Following “Sentimental Journey, Winter Journey,” a photo book of the time Araki spent with Yoko up until her death, and “Sentimental Journey, Spring Journey” which documents Chiro’s final days, “Sentimental Sky” is symbolic of yet another closing chapter to a love story in Araki’s life.

Rat Hole Gallery will also release a publication by Nobuyoshi Araki in parallel with the exhibition.