Cortona on The Move is waiting for you 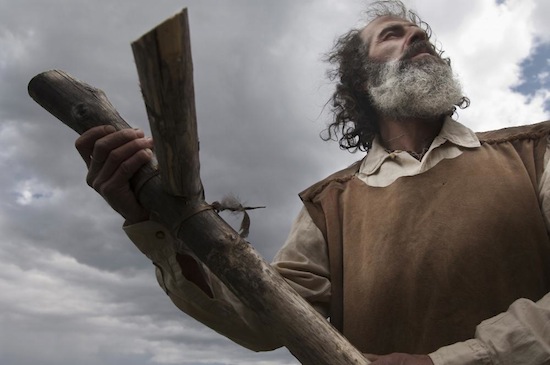 Cortona on the move Italie 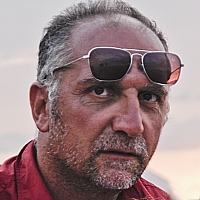 Cortona On The Move, photography in travel, is the first international festival centered on this genre of photography. Thinking about this event, we have given the journey the importance it deserves declining this word in all its forms and definitions. Our times are characterized by nomadism, speed and everyday's mobility: ways of being in motion, to explore, watch, find out. Cortona On The Move, photography in travel responds to this conceptually widespread idea of travel where the photography and photographers, travelers by definition, are the focus of the attention and are leading us through their eyes in various corners of the world and beyond.

Traveling, moving, migrating, being in motion are all well known conditions, common to human civilizations of all times and geographical areas and have different meanings and modalities: from the trip as a synonym of exploration, knowledge, and pilgrimage departing from streets and places and arriving to an inner journey, from escaping from responsibilities to mass tourism, from traveling due to socio-economic transitions to new forms of citizenship, to the social phenomenon of migrants and people fleeing from war, famine and climate changes.

The journey has always been documented, illustrated, told ... and Cortona On The Move - photography in Travel, developing a path through the old city and its surroundings, will offer visitors a journey of knowledge of the various facets of photography, of contemporary communication, of reportage and photo documentation. Through a series of innovative events in the scenery of international photography, Cortona On The Move will be a unique event in the cultural activities of Cortona which will have the opportunity to become a reference point for photography in Italy and internationally.

With the Space Project, where he has spent the last ten years traveling the world, Vincent Fournier pays tribute to the greatest centers of study and exploration of the space. His pictures are staged at the boundary between documentary and fiction, they may appear bizarre to be true at the same time, playing on the ambivalence between fantasy and reality. They are metaphors and an overall critique of our dreams of utopia based on science fiction , the journey of man in space, the constant desire to explore the unknown. Massimo Siragusa has traveled extensively in Italy observing and photographing places more or less famous, old and new centers of our country. The result is a series of images that tell a known and unknown Italy that reveals, in its structural diversity, a consistency of vision, of light and space. Brian Finke began photographing flight attendants traveling on different airlines. The final result is a document that brings together the charm of this profession next to the daily lives of workers. As in previous work on the football players and cheerleaders, Finke is drawn to the distinctive dynamics of team training, focuses on individuals wearing an uniform while performing actions practiced indiscriminately on the playing field or in the air and provides an unforgettable look of women and men of fliying companies. The term Aerotropolis was coined by John Kasarda, an american academic who has based his career around this concept: "as the railways in the nineteenth century and highways in the twentieth century have created urban development and distribution of areas of economic production in cities, so airports in the twenty-first century is the main lever for local economic development and the most important connecting element in the process of global production." The Aerotropolis in Di Sturco representation: identifies a new urban platform, in which airports are the core around which grows the rest of the city itself that, more than being a place built by man for man, becomes a sterile container in which the individual himself abandons his creativity in the name of efficiency. Dream City, begun in 2006, is a report that the Dutch photographer has developed together with the journalist Eefje Blankevoort, focusing on the theme of amusement parks around the world. This project is a world tour in thirteen amusement parks and ten countries including the Middle East occupies a prominent place: the images are a reflection on the role these parks have in countries where war, poverty and political instability characterized the life and everyday people. Nicolas Mingasson focused his interest in people who live and deal with extreme situations. The intent of the project is not simply to show the phenomenon of global warming in photographic terms, but to share the life of Arctic populations with a wider audience. It offers an opportunity to reflect on how we live: "I want my picture and my adventures to stop people in order to develop a critical look at the way we live." In the exhibition Into The Silence, Eremiti del terzo millennio Carlo Bevilacqua presents a selection of images in which queries about who are and especially how and where the new hermits live, what were the motivations that drove these men to give up the everyday life and make a choice as radical. ©Carlo Bevilacqua : Gianni, Hermit For Love : Into The Silence

In the Haiti project , which has won the Hasselblad Masters Award 2012 in the Editorial section, Lowenstein photographs in a radically different way the situation that has devastated the island: already considered one of the poorest cities in the Western Hemisphere, the earthquake of 2010 has dealt a further blow to the population. The photographs were taken in the following weeks after the earthquake that hit Port au Prince where more than 230.000 people lost their lives. The Haitian government has estimated this incident as the worst disaster ever in history. Even today, in 2010, more than 500,000 people are forced to live in makeshift shelters just outside the capital. Aure is a growing project that in 10 years that has seen the author attending the celebration of saints and prophets, participating in long pilgrimages all over the world. The research that underlies Aure is the iconography of the sacred, "the daily life of the sacred", as in certain populations of spirituality as an integral part of everyday life, so very different from us Westerners. With the series 'Environmental migrants: The last illusion" Alessandro Grassani shows the environmental refugee's situation, who are destined to become the new humanitarian emergency of the planet in the next few decades. According to a forecast by the United Nations, in 2050 the Earth will have to face the trauma depicted by 200 million "environmental migrants": people who will look for new ways of livelihood in the urban areas of their home countries, which are already overcrowded and often extremely poor. The consequences are and will also be disastrous from a social, economical and environmental viewpoint for these cities. Riverboom is a publisher and an art collective founded in 2002 on the banks of the river Boom in Afghanistan. It brings together photographers, journalists, writers and filmmakers, all sick of curiosity: they are Claude Baechtold, Paolo Woods, Serge Michel, Edward Delille and Gabriele Galimberti. Famous and unique are all the Riverboom guides , the 'sample' of places and cliches that they put together, the way in which they evoke the spirit of a place and people who live there, playing with the world's little contradictions and stereotypes to which we are familiar. In Cortona they organized a vintage casting to retrieve all the citizens' vacation photos before 1989. In 2004, Chris Churchill began a personal journey, driving thousands of miles across the country to photograph what he describes as "an America that felt divided…caught in the middle of a cultural tension". It was three years after the attacks on September 11, 2001 and the photographer was noticing a palpable intolerance in the country. Since then he decided to question people on faith and the final result is this first monography. The young canadian photographer documents the journey of these travelers, a community of young nomads by choice or necessity, which is moving across America hitchhiking or climbing on trains in search of freedom and rebellion. Two parallel paths of Franchina revealed by the film of friends photographers with whom he worked, played and discussed, linked together by a strong expressive language, such as Guido Cosulich, Maria Mulas, Sanford H. Roth, Marco Glaviano, Ugo Mulas, Luciano Samson, Lee Miller.