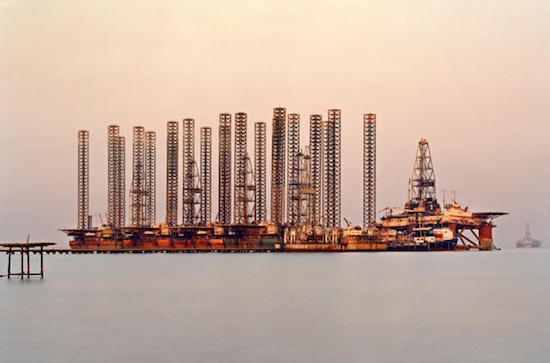 The large scale colour photographs by Burtynsky document the many facets of nature like they are transformed by human industry. Industrial processes such as shipbuilding (in China) and shipbreaking (in Bangladesh) are presented as highly expressive visions where beauty is found in the most unlikely of places.

The images by Burtynsky (born 1955 in St. Catharines, Ontario) are metaphors of the dilemma of our modern existence. We are drawn by the desire for prosperity and a good comfortable life, yet we all know that the world suffers to meet those demands. Our dependence on nature to provide us with the materials for our consumption, in contrast to our concern for the health of our planet, sets us into the uneasy contradiction that feeds the dialogue in the images by Burtynsky between attraction and repulsion, seduction and fear. This contradiction is absolutely intended, as the artist insists that he is not celebrating nor condemning anything; neither industrialization nor the impact of civilization on the environment. Edward Burtynsky shows exceptional talent with his constant attention to composition and light, always presenting images with a painters eye for colour and a sculptors feel of form. 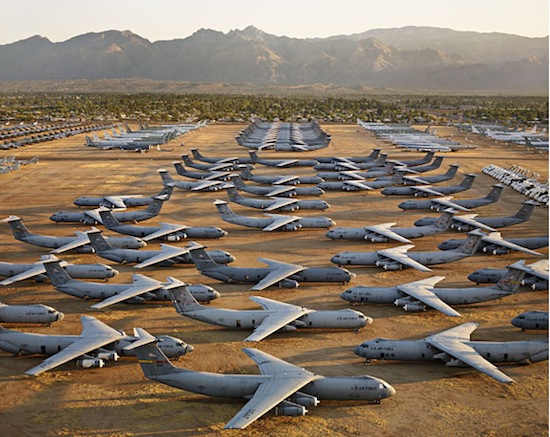 His photographs are included in the collections of 15 major museums around the world, including the Museum of Modern Art and the Guggenheim Museum in New York, the National Gallery of Canada, and the Biblioteque National in Paris. Edward Burtynsky is established as one of Canadas most respected contemporary photographers. In June 2006 he was appointed to the Order of Canada, Canadas highest civilian honour, recognizing lifetime achievement. 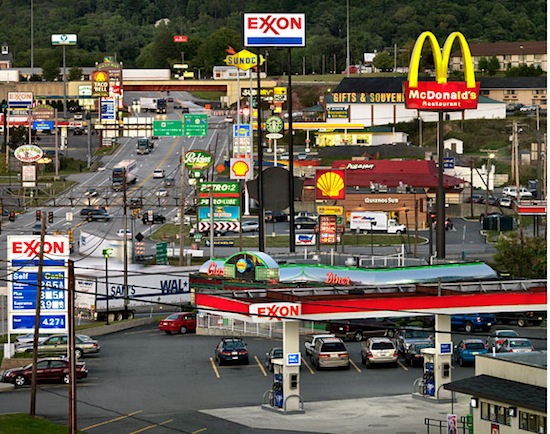 Edward Burtynsky: « « Oil » is an examination of one the most important subjects of our time by one of the most respected and recognized contemporary photographers in the world. From 1997 through 2009, Burtynsky traveled internationally to chronicle the production, distribution, and use of this critical fuel. In addition to revealing the rarely seen mechanics of its manufacture, he photographs the effects of oil on our lives, depicting landscapes altered by its extraction from the Earth and by the sprawl generated around its use. »


These images tell an epic story of mankind expressed through our discovery, exploitation, and celebration of this vital natural resource.


Edward Burtynsky: « « Oil » is organized by the Corcoran Gallery of Art, Washington, D.C., and made possible with the generous support of the Scotiabank Group » 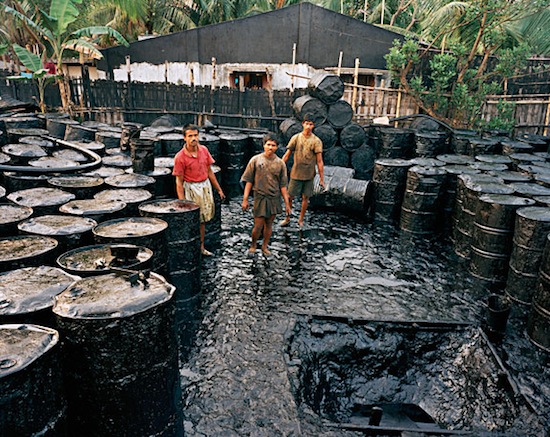