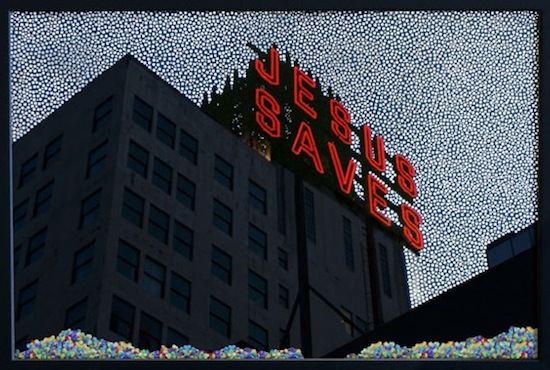 Miguel Rothschild borrows his motifs from a Christian or rather an art-historical context. He also employs Gothic church windows, confessional boxes, as well as depictions of the Holy Ghost and of Jesus risen from the dead. Religion and art serve as source and as inspiration, with the twin aim of exploiting the gravitas of an entire cosmos of meaning and of staging pathos. With this intervention, he metamorphoses and transforms Catholicism and its image-worlds. Many of Rothschild's works use chiaroscuro contrasts that heighten spatial effects while at the same time providing a Romantic pictorial motif. These works might be seen as extending the basic concept of photography. Rothschild's photographs become a foil, or source of inspiration, and thus a first level and point of polarisation. 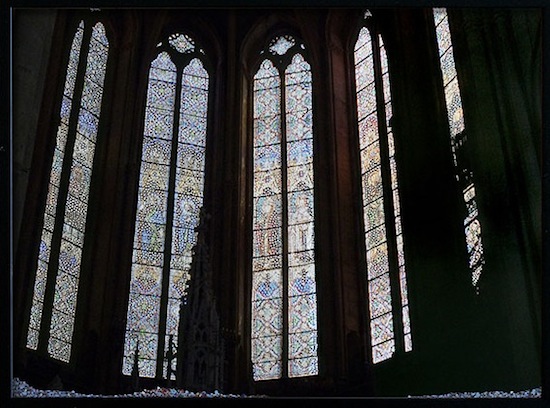 
Offenbarung, a series of fourteen works, displays examples of rose windows in Gothic churches and cathedrals. Their motifs range from figurative scenes of resurrection to stylised floral patterns. Confetti, produced during the perforation process, collects at the foot of the frame – as an element of lightness which Rothschild opposes to the pathos of religion. By perforating the templates, Rothschild reveals a new level, offering a plastic invitation to look behind the objects. A room that until then had remained hidden can now be explored. Rothschild is not interested in copying, but in transforming pictorial information to create new visual content.

In The Birds II, Miguel Rothschild employs the two contrasting image worlds of religion and film, based on a still from Hitchcock's eponymous film The Birds. Rothschild's birds, however, are depictions of the Holy Ghost borrowed from artworks dating from the thirteenth to the nineteenth centuries. In a second part of the picture, which supplements the work to create a diptych, an additional level appears: a graphic presentation of the scene with a detailed legend on the origins of portrayals of the Holy Ghost. The diptych thus embodies a double break at the levels of fiction and myth.

The works in the Absolution series stand out immediately due to their playful quality. Photographs of the latticework in Italian confessionals dating from the sixteenth to the nineteenth century form the pictorial background. The photographs are perforated at places corresponding to the gaps in the lattices, which are populated with small metal balls. Visitors are challenged to try their luck at this game and get the balls in the holes. The impression of a game of skill is thus created against the background of countless serious and minor transgressions that have been whispered through these lattices down through the centuries.

In the works exhibited, Miguel Rothschild succeeds in creating a balance by combining the religiously charged and iconic pictorial themes with everyday elements. For Rothschild, this contrast forms the core element in his works. The exhibits displayed straddle a variety of artistic genres, ranging from photographs to mixed mixed-media objects and installative works. In Happy Believers, he plays once again with the tension between tradition and revolt, and demonstrates that it is sometimes possible to live in both worlds at once. 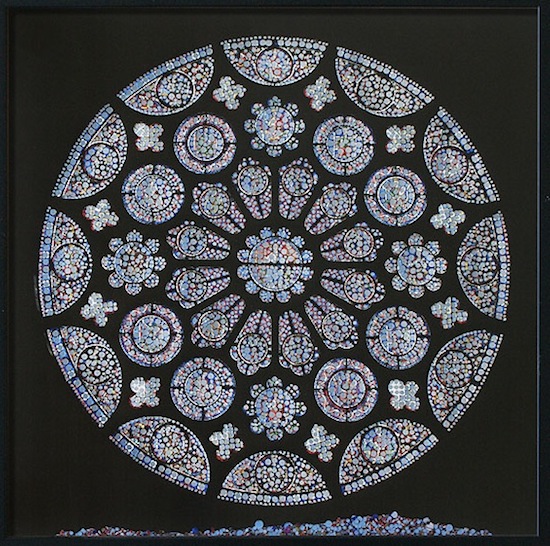