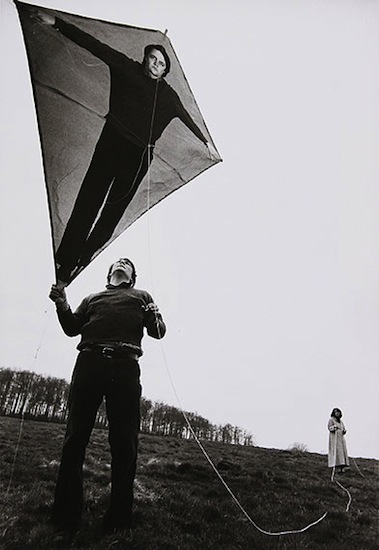 Since the late 1950s, Floris Neusüss (born 1937 in Lennep) has explored photography’s potential beyond its simple portrayal of the world around us. His photos achieve their impact thanks to the tension between the candor of the camera and the potential for surrealist interpretation. Neusüss blends keen consciousness of the technical and historical constraints of photography with a lyrical, even a dreamlike, eye.

Past exhibitions and earlier publications have considered Neusüss's artistic achievement to be the testing and development of the photogram, camera-less photography that was on show most recently at the "Shadow Catchers" exhibition at the Victoria & Albert Museum in London in 2010. The general public generally associates Neusüss with the life size nudes he produced in the 1960s for which L. Fritz Gruber coined the term "Nudogram". However, Neusüss's camerawork and his conceptual photography-based work have, to date, received only sporadic attention.
A retrospective at the Kassel Arts Association in 1977 was the last occasion on which so many of the works that defined his oeuvre were on display.

To coincide with the artist’s 75th birthday, the Photography Collection of the Münchner Stadtmuseum is now making good this omission with exhibits from its extensive archive. In 2007, Neusüss gave his entire camera photography archive to the Photography Collection of the Münchner Stadtmuseum. It was from Munich that Neusüss drew the artistic inspiration that did much to shape his work. In fact, he had learned his craft at the Bavarian State Photography School – and was able to build on this early training in his artistic creations and in his subsequent teaching activity. 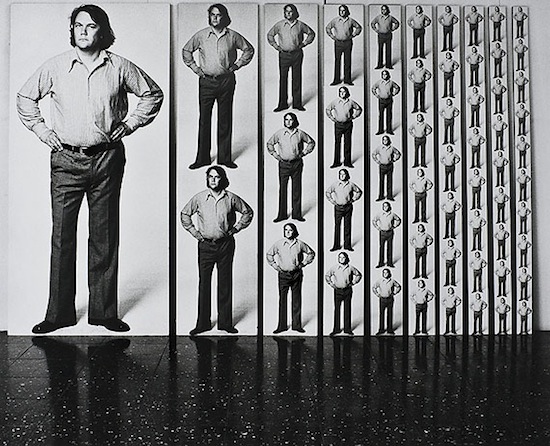 
The exhibition shows a representative selection made by the Münchner Stadtmuseum from the Neusüss archive; the works span the years 1958-1983 and fall into four thematic categories: dream images, shop windows, portraits and conceptual photography. The work stretches from Neusüss's student days to his first teaching post as professor for experimental photography at the University of Kassel and his activities at the Fotoforum.

Most of the exhibits in the Dream Images series are from Neusüss's early art work produced between 1958 and 1965. His camera converts the commonplace into places of elusive beauty: his surroundings in Munich and Berlin where he attended college, the city parks, the academy gardens and his apartment on Munich's Türkenstrasse. The inhabitants of this world hardly seem to be flesh and blood; they loom like apparitions from lush parkland. Neusüss experimented with double-exposures and negative montages, thus robbing photographs of their pictorial candor. In the 1960s, he also produced an impressive series of portraits of the DADA artist Hannah Höch that are very close in spirit to the Dream Images.

The series of shop window images are sketch-like in their appeal. Neusüss took the pictures with a hand-held camera during trips through Europe in the 1960s and 1970s; they look like rough drawings from the daily surrealism of the commercial world.

The portrait series "documenta 5 VIPs" with 36 images of artists, visitors and organizers of the Kassel documenta in 1972 are early examples of the photography-based work Neusüss produced in the 1970s. Originally these life-size full figure portraits were installed in a Kassel subway, but were removed by the over-zealous City Cleaning Department soon after the opening of documenta. For the first time since 1972, the exhibition is showing all 36 works in the series as new prints, among other portraits of Joseph Beuys, Arnulf Rainer, Bazon Brock, Edward Kienholz and Rebecca Horn. 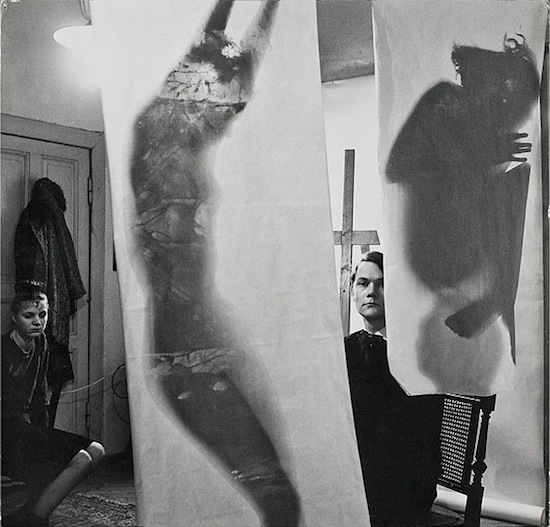 In the 1970s, Neusüss’s pictorially analytical and performative work set out to challenge the theoretical and practical constraints of photography. He was particularly interested in the relationship between subject and its photographic depiction and the different levels of reality that arose from the relationship between image, document, reproduction and historical place. In works such as "Dream of Flying" or "Dissolved Bodies" the artist's photographic image becomes a plaything of the elements; it is at the mercy of the tide, is consumed by flames or sent aloft with a kite.

The Hatje Cantz publishing house has produced a catalog for the exhibition with articles written by Fabian Knierim, Michael Krüger and Ulrich Pohlmann. The publication is available for 29.80 € at the museum’s ticket office and in the museum shop. 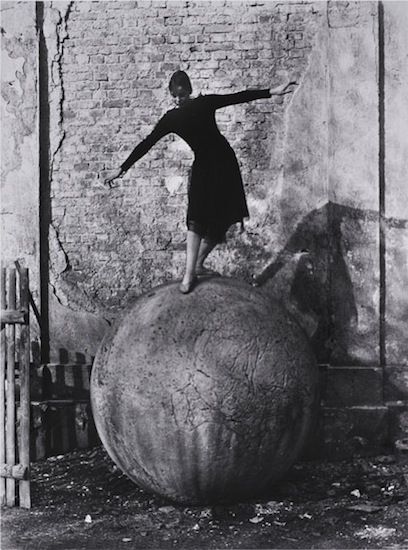