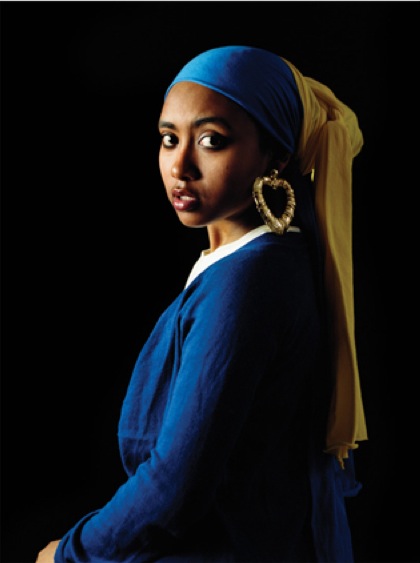 Awol Erizku's photographs reference classical art works to include models of color in order to emphasize, and draw attention to the lack of racial diversity represented in art history.

Erizku creates images such as, Girl with a Bamboo Earring, 2009 in which he replaces Johannes Vermeer's Dutch sitter, in Girl with a Pearl Earring (c. 1665) with a contemporary African-American woman. Growing up in the Bronx, "the negativity that went on in my community made me want to paint a positive image of the people who might not necessarily fit the stereotype. Going to a school that didn't necessarily reflect the kind of people I lived around and grew up with also made me want to make images that best represented the people I saw on a day to day basis but weren't glorified in pop culture." 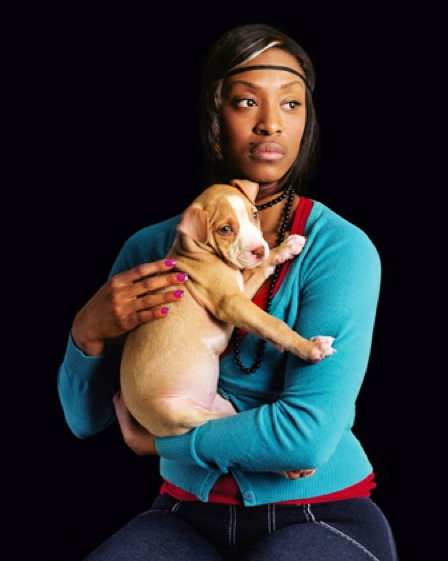 Erizku's portraits are of non-professional models, who he finds on the subway, on the street, and on the internet by way of blogs and Facebook. "The models I choose to work with are not professional models but possess an undeniable, striking beauty." Often his subjects inspire him to create a work such as in Lady With a Pitbull, 2009 where the model photographed with her own dog inspired him to recreate Leonardo da Vinci's Lady with Ermine (c. 1489–1490).

Born in Ethiopia in 1988, Awol Erizku is a Cooper Union School of Art alumni, photographer, filmmaker, and sculptor. His exhibition debut in New York City was in the critically acclaimed exhibition, Art which placed his work alongside Duane Michals, Roe Ethridge, Richard Prince, and Roy Lichtenstein at the Flag Foundation in 2011.