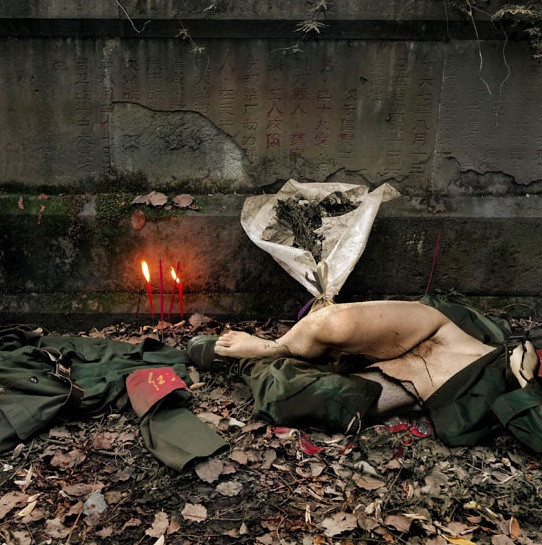 “Monument and cemetery record a particular period of history, and whose existence is to remind modern people to retrospect the past. In the meantime, Tian Taiquan’s photography reconstructs the multiple appearances of the past in front of us in a mysterious way.”
By Feng Yuan.

Chongqing born artist, Tian Taiquan has created series of photographic works out of his fragmented and vague childhood memory during Cultural Revolution. The artist revisited Chongqing Red Guard cemetery four decades after and which gave him enormous creative power. Tian Taiquan claims that his work is like a blade, which let the forgetful and numbing heart to be awakened from the instant pain, and an artist is responsible to respond and raise awareness in the society with his artworks.

Tian Taiquan created the illusory images of Chongqing Red Guard cemetery and wittily reconstructed the historical context with the premises. In the meanwhile, Tian visited families of the victims in the cultural wars and produced a documentary interview. They portrayed their first hand experiences forty years ago. Art Experience Gallery will feature the 30-minute film during the exhibition as well.