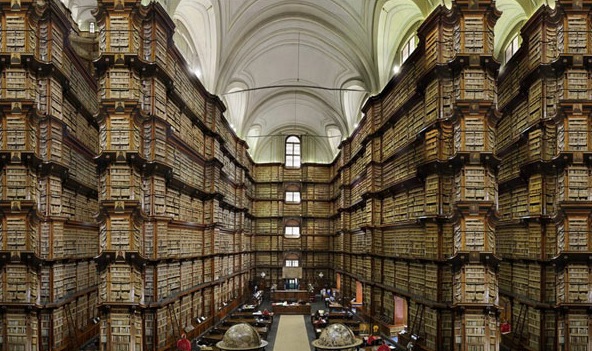 Jean-François Rauzier creates a world beyond limits, immense panoramic landscapes in which the infinitely huge and the infinitely tiny are melded together at the heart of the same vision. As the artist himself says, “Hyperphotos are the realization of an old dream that would be impossible without digital technology: to see the big picture and at the same time the close-up, to stop time and be able to examine all the details of the fixed image.”

Liu Bolin paints his subjects as a continuation of their surrounding environment so that they blend almost seamlessly into the background, thereby questioning the boundary between subject and environment. He is not looking for a way to disappear as an individual but insists on the damages caused by the economic and urban development on the individuals. This is a kind of silent hold where the human being loses his capacity to integrate. 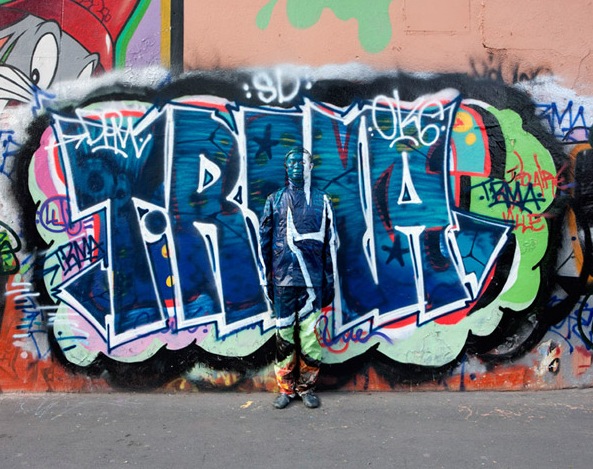 Korean artist Chul-Hyun Ahn creates sculptures utilizing light, color, and illusion as physical representations of his investigation of infinite space. Ahn’s interest in the gap between the conscious and subconscious compels him to construct illusionistic environments providing a space for contemplation. Ahn’s sculpture urges the viewer to consider man’s boundless ability for physical and spiritual travel while exploiting illusions of infinity and the poetics of emptiness.

In Sook Kim realizes the fantasy of every voyeur: on a Saturday night, the 66 rooms of a hotel shamelessly unveil their large bay window, exposing the intimacy of their occupants: in every room, a scene is meticulously reconstituted and the residents are going about their business however not always in the most innocent matter: sex, drugs and rock n` roll…every human vice is exposed. In Sook Kim defends her position as an observer by explaining that she doesn’t interpret nor does she criticizes, she watches. 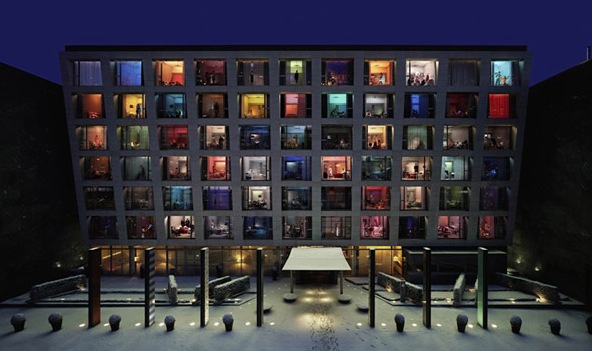 ” During the National traditionnal festivities called ‘Chuseok’, many Korean people used to wear the hanbok. I wanted to show this typical ambiance with both a lyric and modern touch. I wanted a neutral stage; only shadows and reflections mattered to me: Colours, faces and models were enhanced by cold and light tones creating an almost surreal feeling. “