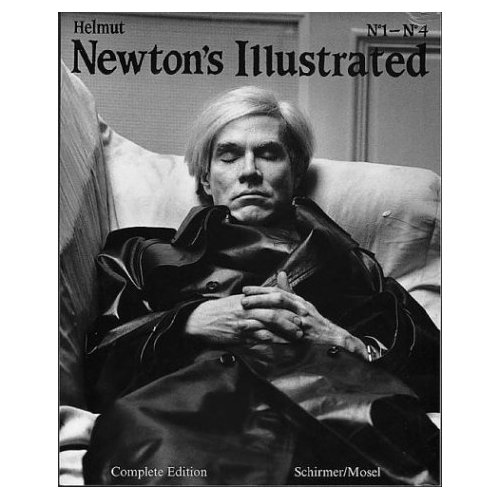 For ten years – from 1984 until 1995 – Newton published his best photographs in his own magazine, Helmut Newton’s Illustrated. During this period, four editions appeared: No. 1, "Sex and Power," No. 2, "Pictured from an Exhibition," No. 3, "I was there" and No. 4, "Dr. Phantasme." Their titles were as suggestive as they were thematic and all issues quickly became sought-after collector’s items. With their provocative mixture of nudes, journalistic pictures and sensationalist portraits, these four editions of Helmut Newton’s Illustrated are considered to be among the most powerful visual documents of the 80’s and 90’s. Our complete edition brings all four together in one volume and was published in spring, 2000. It is a real power pack – 134 Newton photographs in rich duotone and color – charged with sex, power and beauty.