José Ramon Bas - Once Upon A Time, Alan Klotz Gallery 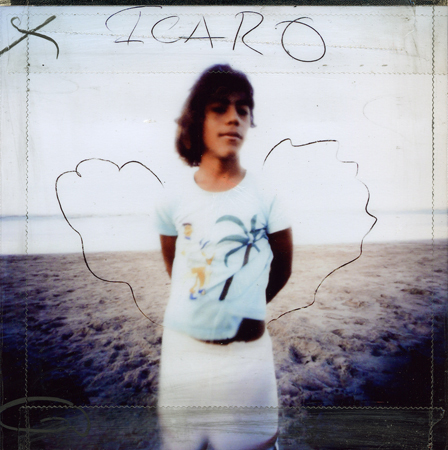 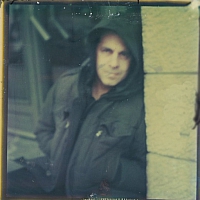 If the photographer is an observer who tells a particular truth about a particular moment, whose work testifies to the incontrovertible existence of a precise cross-section of time captured and exposed, Jose Ramon Bas is an awfully unreliable witness. But he is a very good storyteller.

Once Upon A Time is a storyteller's device. It delineates a threshold which will be crossed at the moment when the substantive reality of the listener's everyday world gives way to the invention of the story. In the case of Jose Ramon Bas, the story is told with images rather than with words, although words frequently appear as part of the images, hearken back to the substantive reality of the viewer's world, a latitude + longitude that is identifiable and actually reachable. All the rest of it - the words, the cartoon clouds, the horizons in the air and the guys drawn on the beach and the mountains and the trees and the boats - all of this is the invention of the storyteller, Jose Ramon Bas. In other words, the photographs tell you where he was when he started these stories; the images, in which the photographs are embedded, are the stories themselves.