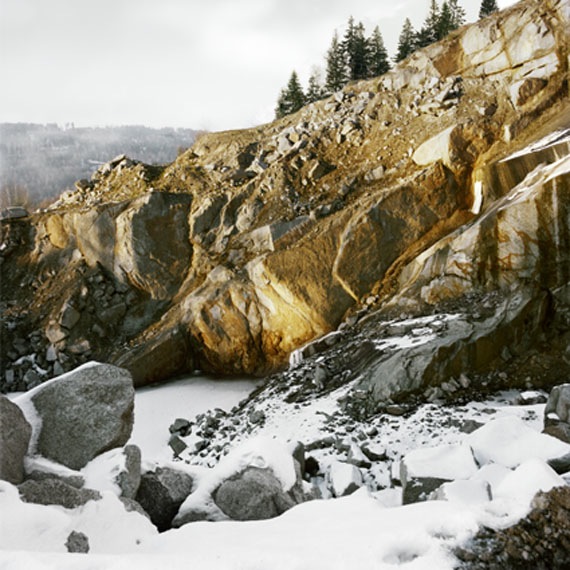 An elderly man wearing a lightly-colored windbreaker, his eyes are closed, he seems rather introverted. Another man is looking the beholder right in the face with an impish wink in his eyes. A lady with curly white hair is looking past the beholder’s shoulder into the distance. She is wearing an elegant dark green jacket. Just like a nice grandmother expecting her family for a visit. Three people with different character traits and biographies. They have only one thing in common: they were imprisoned in the Flossenbuerg Concentration Camp and they survived its terrors.

These pictures and further portraits of former prisoners are on display in the new temporary exhibition “In uns der Ort”, which opens on July 15 on the premises of the Flossenbuerg Concentration Camp Memorial. This is the first such temporary exhibition initiated by the memorial’s staff.

For this purpose, the photographer Renate Niebler took pictures of 54 survivors of the concentration camp in 2009 and 2010. «My idea was to present the survivors as individuals living in the here and now» Niebler explains. This is reflected in the exhibition’s concept, designed by architects Wollmann & Mang from Munich. The photographs are not mounted on the walls – they are displayed on individual, detached stands. «The beholder can move freely between them and face each individual picture» says Niebler.

The connection between the people portrayed and the location of Flossenbuerg is made by 14 photographs by Beatrice Apel, mounted on two of the walls in the room. The photographer from Munich had started her search for vestiges on the Memorial grounds at the beginning of the year. “As a concentration camp in the past and a memorial in the present, Flossenbuerg carries two opposing legacies,” she says. Thus, the two identities are united in the present-day location. Apel wants to make this visible with her pictures.