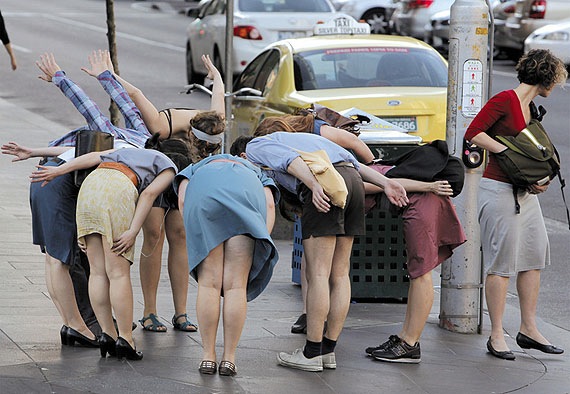 Bad Angle describes the lines of vision of people sitting at certain positions in the audience, which enable a magician’s secret to be exposed. Magician's Dictionary.

These artists have been chosen as their work relates to the idea of photography as a moment for the suspension of belief. Some of the works explore ideas borne alongside the alchemical beginnings of photography—the seemingly miraculous ability of the camera to capture reality, and create theatre, using time and light. Photo media is a science. A mechanical process that tries to represent the world as we see it. However, it is the failure of the method, which has secured its place in history and in our hearts: the variables of process and of time introduce mistakes, aberrations, tricks and allusions to worlds or forces beyond the frame.

Many of the artists utilise the camera as a device to reflect and document elements of performance, of the artist, or scenarios constructed by them. We are regularly reminded of our position as spectators, and we are implicated by seeing what they show us. These unruly scenes destabilise a sense of fact and reality, they are playful and dark, funny and strange. The videos and photographs in this exhibition are about the process of looking, of capturing, of believing, of transforming. They borrow from historic processes, from pagan rituals, from the suburban uncanny, from cinematic conventions—each drawing our lines of sight back to the magic of the medium.

Cauchi makes photographs using a traditional technique called wet-collidian on acrylic. He stages atmospheric happenings in his studio that suggest paranormal activity. His work emerges from the early fascination with photography as a site for wonder and mystery. Franco will be making a new video work relating to the idea of wormholes and alternative realities. His practice is immersed in post-millennial visual technologies in which narrative, identity and aesthetic form are transgressed and reconfigured. The characters and chants dominating his videos are menacing but funny, exploring the darker spaces of his, and our consciousness. Milledge makes costumes, installations and props for performances/events. Characters carry out apparently ritualistic performances, or leave the remnants of them, exploring ideas around art as a site of transformation, and the artist as shaman, be it revered magician or charlatan/trickster. 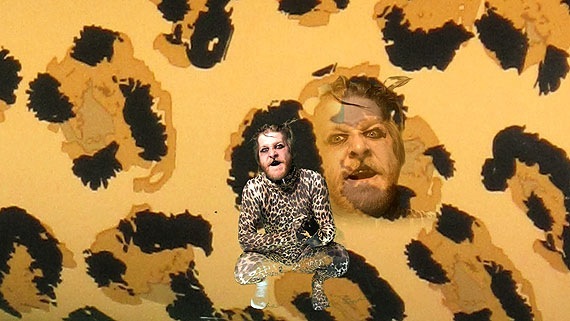 North is an emerging Sydney-based artist who works with the symbolism and history of botany in much of his work. He stages poetic scenarios that incorporate native species growing from and within symbols of urban dominance, critiquing our damaging and invasive coexistence with Australian ecology. Parachutes for Ladies are the collaborations of Jess Olivieri and Hayley Forward. Their work sits at the juncture of visual art, dance, sound and performance. A movie, follows a line of inquiry into social psychology, using kaleidoscopic technology to examine what we see and what we choose to believe. Sean Rafferty makes constructions and films that use the 'physicality' of light and the sensation of memory. Mirroring the photographic technique, he exposes and conceals areas of cardboard in the sun,creating mirage-like conceptions of the landscape that are as much
about the act of seeing as they are about the process of remembering. Rachel Scott explores the idea of the artist as alchemist and provocateur. Half Square/Half Crazy is an understated video installation that sees the artist rolling mirrored stage sets repeatedly in front of the camera. It is a subtle piece that literally fragments the frame, quietly dismantling the stability of fixed point perspective. Garry Trinh has observed the subtle play of light reflected from buildings onto other surfaces. His collected series reveals a childlike fascination with scenes and moments that are often overlooked, and these warped reflections take on ghostly or magical associations.