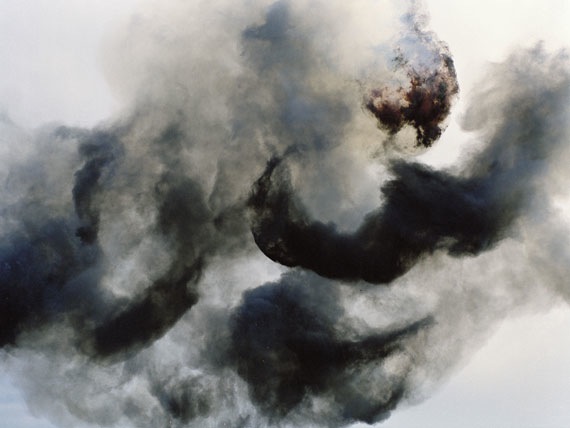 The inherent mystery and ultimate inevitability of death makes it a staple subject of contemplation in philosophy and in art. Risking death means both terror and excitement, and the eighteenth century philosophers Edmund Burke and Immanuel Kant suggested that whatever is terrifying is also sublime.

Geoffrey H. Short's series towards another (big bang) theory is an exploration of risk, terror, beauty and the sublime. The fuel explosion is part of the cinematic vocabulary of special effects and as such is a simulation of terror. (Notably, in these days of computer generated imagery, the best way to simulate an explosion is still with an explosion). Hiring film industry special effects technicians to create "big bangs" on the black sands of New Zealand's west coast, Short uses fossil fuel (with all its geo-political associations) mixed with gunpowder (with its own history of war, plots and dangerous entertainment) as an unpredictable, dramatic and multi-layered imaging material. This work is an interrogation of that material, and of the effects of presenting “terrible objects” in an aesthetic realm. The photographs offer both illusion and allusion, the illusion reinforced by the large scale and fine detail of the photographs, and while they document actual, staged explosion events, they allude to every explosion from the original big bang of creation to the anxiously anticipated big bang of a terrorist bomb or nuclear disaster. The near absence of a recognizable physical context emphasizes this referential quality, allowing the viewer to imagine their own context, to supply their own narrative around these isolated climactic moments. 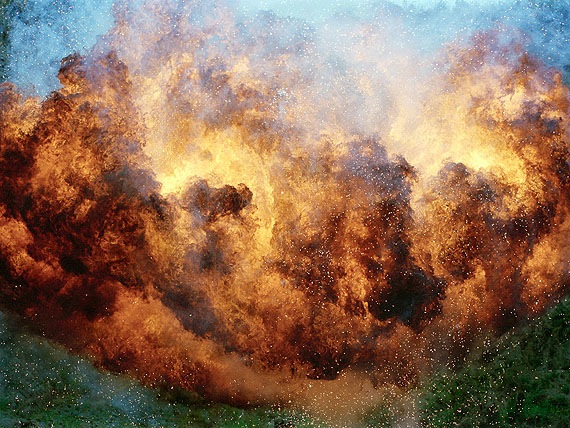 Geoffrey H. Short lives in Auckland, New Zealand. He graduated Bachelor of Fine Arts with first class honours from the University of Auckland in 2010 and was awarded a Senior Prize in Fine Arts. His work is included in the survey exhibition and book reGeneration² – tomorrow's photographers today produced by the Musée d l'Elysée, Lausanne, Switzerland and touring internationally.