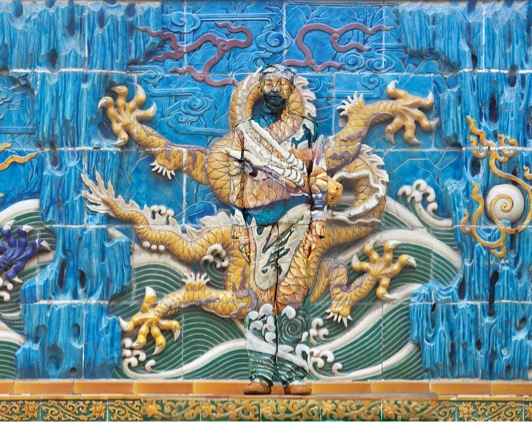 Galerie Paris Beijing is proud and happy to present Liu Bolin’s latest works of his famous series “Hide in the City” made in Paris and a selection of sculptures.

Liu Bolin is a protesting artist of the new generation; he is becoming a reference in contemporary art in China but also abroad. He created his first photographic series in 2005 while his studio was destroyed during the demolition of Suojia village by the government. Moved by the injustice, he became aware of the human fragility confronted to the system. Then he began working on his famous series “Hide in the City” posing in front of his destroyed studio with a picture called “Suojia Village”.

Liu Bolin uses his body as a medium of expression. A Photographer performer, Liu Bolin blend in the environment like a chameleon. Helped by his assistants, he stands still for hours in a landscape while they are painting on him to create a camouflage. This action of vanishing generates a tragic and difficult dialogue between the subject and his environment.

The series « Hide in the City » is a deep and sensitive reflection on the human condition. “My intention was not to disappear in the environment but instead to let the environment take possession of me”, explains the artist. He is not looking for a way to disappear as an individual but insists on the damages caused by the economic and urban development on the individuals. This is a kind of silent hold where the human being loses his capacity to integrate.

Liu Bolin was the student and assistant of Sui Jianguo. His works have been shown in New York, Beijing, Paris, and many other European cities. His works are now part of many collections. Since Arles 2007 he is running into a phenomenal success particularly with a performance at Art Paris 2011 and an exhibition on Art HK 2011. He stayed in Paris for a three weeks residency where he made a new series shown in exclusivity in Beijing. 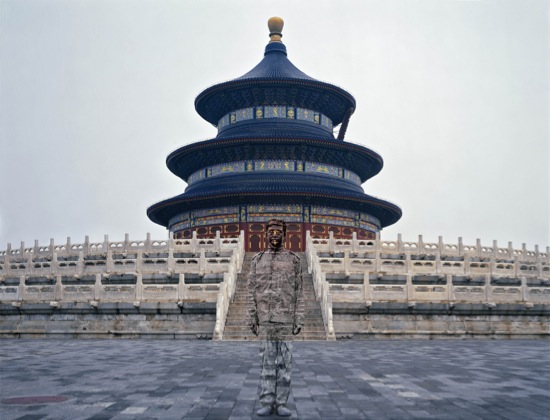 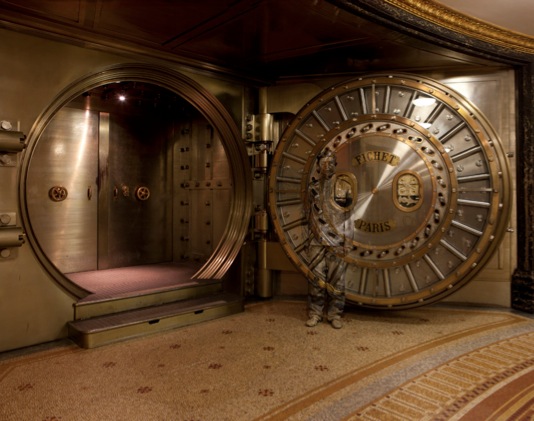