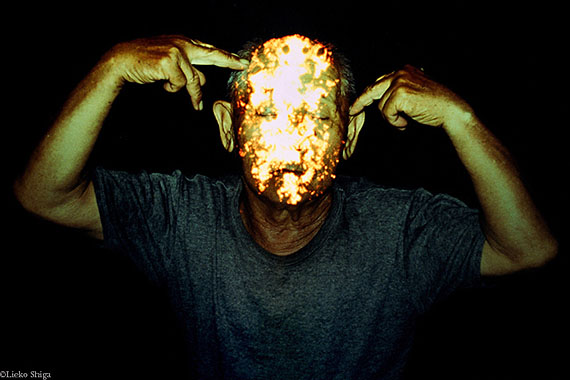 Galerie Priska Pasquer is pleased to present the Canary series by Japanese artist Lieko Shiga, for which she won the “Infinity Award (Young Photographer)” from the International Center of Photography, New York, in 2009.

In Canary, Lieko Shiga combines personal accounts of people and local myths with her own personal memories, feelings and experiences to create fantastic, often perplexing scenarios. The works interact to form a complex, dramatic tableau that vacillates between dreams and reality.

The works in this series were created in Brisbane (Australia), Singapore and Northern Japan. In order to establish contact with local people in these areas, Lieko Shiga produced a questionnaire in which she asked about particular places and personal experiences and stories relating to these.

The contact to the people and the places they mention form the starting point for the Canary series, yet it is ultimately the artist’s own inner imagery that is reflected in the photographic works: «I can already visualise the finished photograph when I first encounter the subject or scene, or even before that. The time that exists before the photograph is taken shoots me where I stand outside and restores me to life. The body is simply a medium, I kept a canary inside my stomach.» (Lieko Shiga). 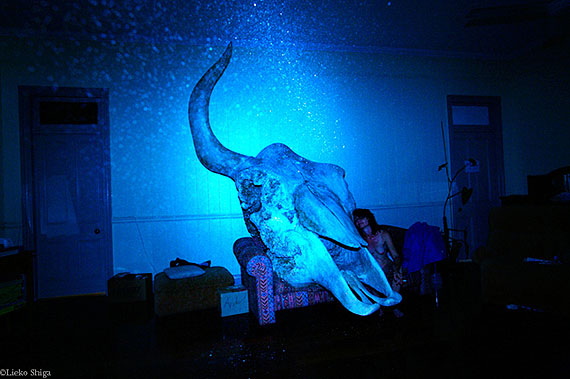 For the most part, the works are deliberately staged for the camera, for instance when the artist adorns a withered tree with a thousand paper blossoms (Wedding Veil) or creates a monumental animal skull to serve as the centrepiece of a portrait photograph (My Husband). Less frequent are ‘direct’ photographs such as Man wearing Fur for which Lieko Shiga accompanied bear hunters to the mountains of Northern Japan.