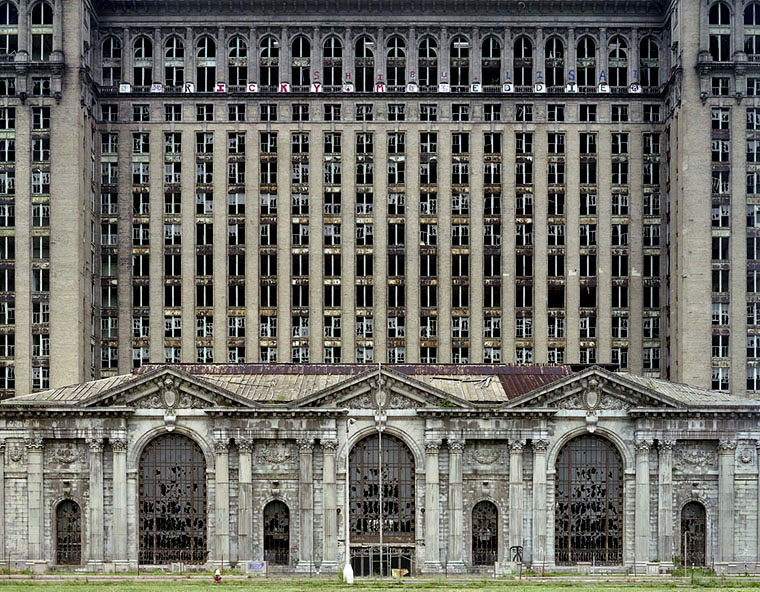 Over the past generation Detroit has suffered economically worse than any other of the major American cities and its rampant urban decay is now glaringly apparent during this current recession. Yves Marchand and Romain Meffre documented this disintegration, showcasing structures that were formerly a source of civic pride, and which now stand as monuments to the city’s fall from grace.

“Ruins are the visible symbols and landmarks of our societies and their changes, small pieces of history in suspension. The state of ruin is temporary by nature, the volatile result of the end of an era and the fall of empires. This fragility, the time elapsed but even so running fast, lead us to watch them one very last time: being dismayed, or admiring, wondering about the permanence of things. Photography appeared to us as a modest way to keep a little bit of this ephemeral state.” 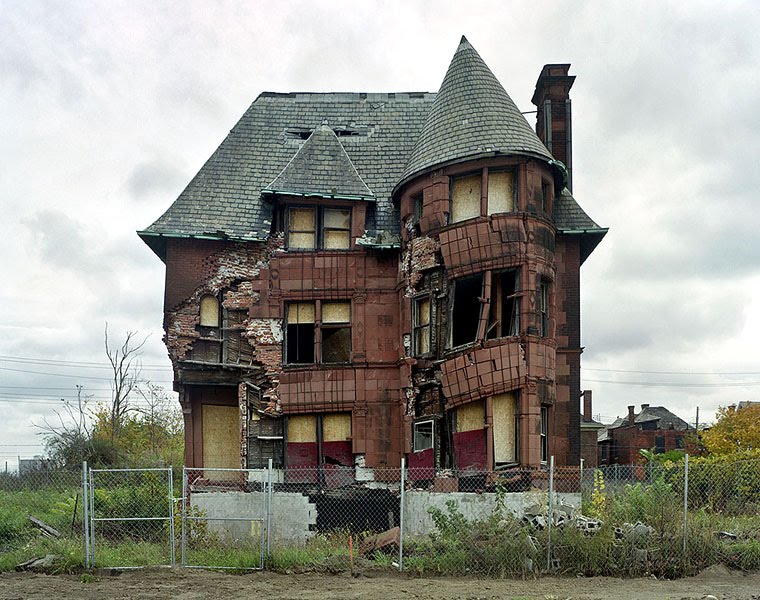 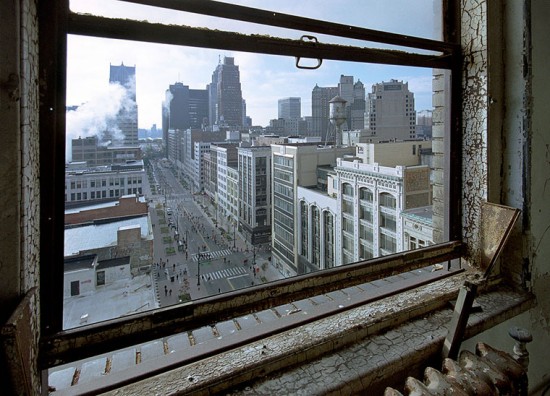