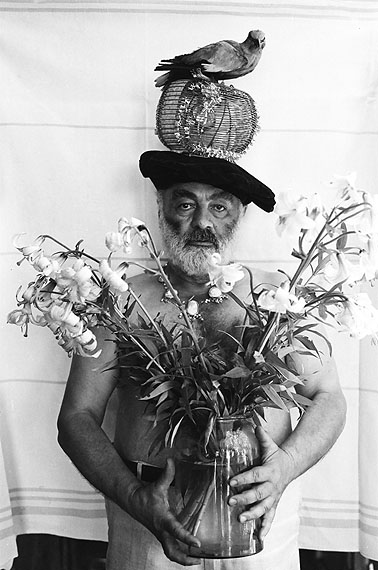 Curator of the project Nestan Nizharadze was born and raised in Tbilisi. Educated as a journalist, Nestan curated numerous projects (such as Michael Kenna’s exhibitions in Tbilisi, georgian photography retrospective in Kiev, contemporary Georgian photography exhibition in France), founded Tbilisi Photography House. She is the editor-in-chief and the publisher of “PHOTO” magazine.

Black and white documentary series “Ushguli” (1990-2000), made by Guia Chkhatarashvili in the highlands of Svaneti, conceptual and nostalgic “Notes” (1997-2001) by Guram Tsibakhashvili, portraits of Sergei Parajanov, a famous movie director, by Yuri Mechitov(1978-1990), documentary and conceptual “Victim” series (2000) by Irina Abzhandadze, and two series “Don’t Wake Me”(2010) and “When Earth Seems to be Light” (2006-2009) by young authors Beso Uznadze and David Meskhi — all these works compose the “Face to Face” project.

“The exhibition will allow the Moscow public to face the contemporary Georgian photography and all the things that couldn’t leave Georgian photographers indifferent in various times and spaces... And these things are the life itself. Life, accompanied by pain and joy, meetings and partings, changes, loneliness and silence. And scream, which is inevitable sometimes. Thinking of the words of Joseph Brodsky — look around once again, whilst it does not become a photo… one can say that the exhibition of Georgian photographers is a possibility to look at what has already become a photo.”