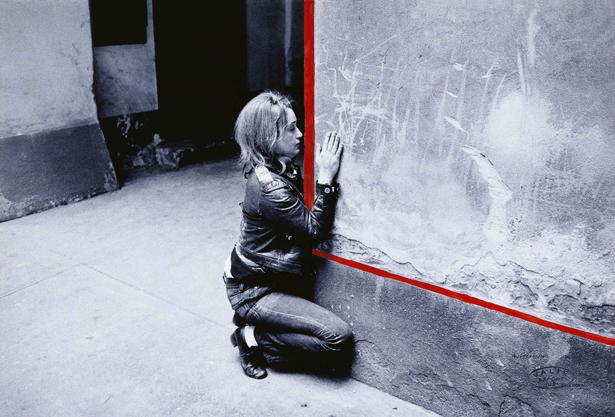 A major solo exhibition dedicated to VALIE EXPORT opens Museion's 2011 exhibition programme, continuing in the direction initiated in 2010, with the focus on female artists and the language of sculpture in a broader sense.

The art of VALIE EXPORT (Linz, 1940) is devoted to radical social and political critique. Over more than four decades her wide-ranging career has spanned performances, actions, photography, film, expanded cinema, sculptures, texts and installations. Her works address markedly topical themes such as violence, wounds, the female image and how individuals are influenced by physical and social contexts. Early works with a powerful feminist stance, such as Tap and Touch Cinema and Action Pants: Genital Panic are now genuine icons of art history. Throughout her varied career she has always tackled pressing contemporary issues in an entirely original formal language.

The Museion exhibition focuses on the works created in the last 20 years, which include large installations in space such as Kalashnikov (2007), Nadel (1996/1997), (Die un –endliche /-ähnliche Melodie der Stränge, 1998), films and numerous drawings. In a perspective of "countertime", the works hint at issues connected to previous projects, in formal terms or as a conceptual continuation, offering new insight into her entire oeuvre.

The exhibition is accompanied by a video programme featuring the videos produced by VALIE EXPORT in the 1970s. On occasion of the finissage on Thursday 28 April there will be an evening of Expanded Cinema with the artist.

An exhibition of the Belvedere, Vienna and the Lentos Kunstmuseum, Linz. Curated by Angelika Nollert. The presentation in Bolzano is curated by VALIE EXPORT and Letizia Ragaglia.