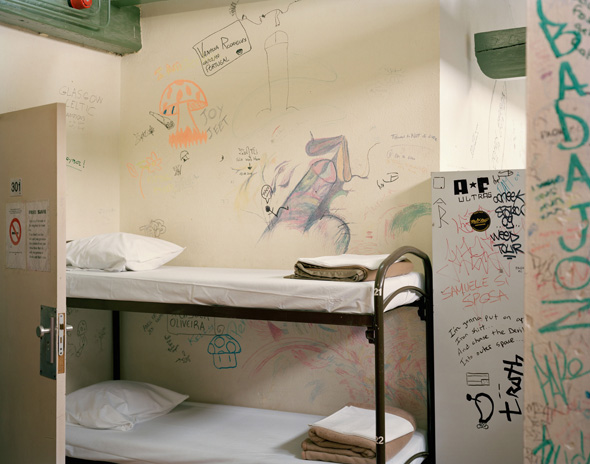 In Set Amsterdam, Dana Lixenberg portrays the city in a series of landscapes and interiors. These photographs depict Amsterdam as a kind of film set, fashioned by its current and former residents. The absence of people in the images turns the viewer's gaze to the space itself and to the myriad details which define these environments. In Set Amsterdam only traces of human activity hint at inhabitants and at lives fully lived.

Lixenberg was inspired to create these photographs after being commissioned to create actors' portraits for the eight-part television series A'dam - E.v.a. (Amsterdam and many others). This series, written by Robert Alberdingk Thijm and directed by Norbert ter Hall, broadcast from 6 March 2011 on Dutch television, examines individual lives in the city of Amsterdam. Her work on the series eventually guided Lixenberg to locations previously inconspicuous to her, such as a former bomb shelter, a Ghanaian church, cemeteries, a morgue, Amsterdam's garbage incinerator and other public and private spaces. Lixenberg sought environments imparting a sense of transience that bear witness to the human stamp of its former residents. She also photographed spaces still filled with life and which, through subtle attention to detail and atmosphere, evoke a way of life.