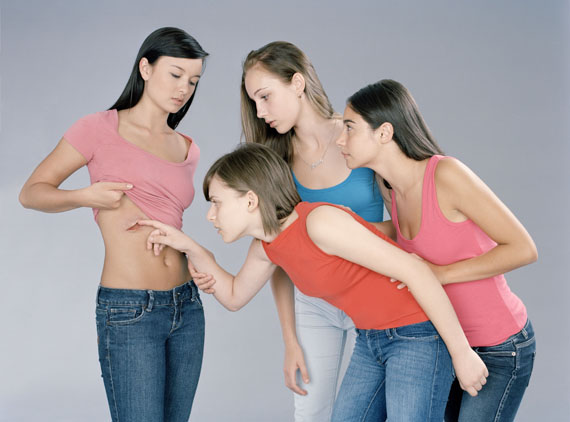 Petrina Hicks’ Beautiful Creatures appeals to our senses. Immediately alluring the large-scale, hyper-real photographs, are all rendered so clearly and with such control that they are reminiscent of advertisements, promoting a slick new television series perhaps, or teen clothing range. But with a series of little ruptures, within images and between them, Hicks disrupts our usually beguiled response to such artistry. For her, photography’s capability to both create and corrupt the process of seduction and consumption, is of endless interest.

Hicks loads her images with history and with associations but denies us a clear message. Along with the ambiguity, there is a visceral quality in these new works, her depiction of flesh, hair and veins stops the viewer short of being lulled into consumption. In the series The Performance, for example, a seemingly innocuous image of pristine teenage girls quickly turns sour. As their peer pulls up her t-shirt to reveal a gaping wound, it is with cold fascination rather than concern or dismay that they lean in closer, and one cringingly probes the open flesh with her finger. This subject matter, which appears more at home in a Baroque painting, is rendered in a highly 21st Century manner, evenly lit and pristine. It suggests, this time in true Baroque fashion, that there are alternative truths beneath the surface.

Hicks engages a playful yet confronting approach to confound our expectations. A cat, naked without fur, in the image Sphynx, contrasts a beautiful blonde with a face full of it in Comfort. In Emily the Strange, the hairless creature reappears with a young girl whose piercing green eyes, skin-pink dress, and latent defiance, make her eerily akin to her pet. Alluded to with the title of the exhibition, this duality is present in much of the work. Her subjects are not simply beautiful or simply creatures. 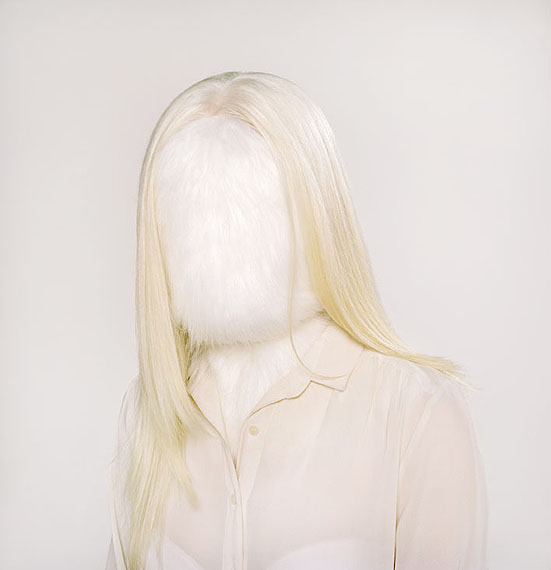 Finally, in The Chrysalis, a video work filmed on Phantom high-speed camera at 800 frames per second she takes us beyond seduction. The cliché imagery of flowers, so fresh they gleam with dew, is perverted as Hicks’ model lavishly licks a bloom, her perfectly dripping saliva captured in glorious detail and high resolution.

Petrina Hicks' work has attracted many accolades over her relatively short career. As well as being announced as the Overall Winner in the ABN AMRO Emerging Artist Award in 2008, her work has been exhibited both nationally and internationally in Present Tense: An Imagined Grammar of Portraiture in the Digital Age, National Portrait Gallery, Canberra 2010, Timelines: NGV International, Melbourne 2010, Pingyao International Photography Festival, China 2010, Paris Photo 2008, Optimism, Queensland Art Gallery/Gallery of Modern Art 2008, Petrina Hicks: Australia-Japan, The Exchange of Viewpoints, Early Gallery, Osaka, Japan, 2006. Her works are in numerous collections including the Art Gallery of New South Wales, the National Gallery of Victoria and Queensland Art Gallery. Her most recent exhibition at Stills Gallery was Every Rose Has Its Thorn in 2010.