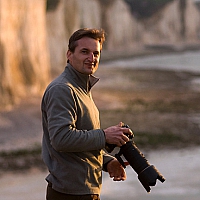 After months of anticipation, the winners of Veolia Environnement Wildlife Photographer of the Year 2010 were announced last night at a gala awards ceremony held at the Natural History Museum, London.

March of the crabs by Pascal Kobeh from Paris was named winner of the competition’s Behaviour: All Other Animals category, which seeks to feature the seldom witnessed or little understood behaviour of animals that are not birds or mammals. Pascal’s picture tells the story of the great migration of thousands of deep-sea Australian majid spider crabs. In their drive to migrate, they climb over each other, sometimes forming piles. Once in shallow water, they moult their exoskeletons (shells), emerging with soft, new ones. It takes a while for the new, expanded shell to harden, making it a very vulnerable time for the crabs.

Speaking about Pascal’s photograph, competition judge, Patricio Robles Gil said, ‘What a ritual and opportunity. This unique view makes me wonder about the role of the crab on top of the pile.’ Further success was had by Jean-Michel Lenoir from Flexanville, Île-de-France, who was placed runner-up in the competition’s Behaviour: Mammals category. Jean-Michel’s image, Red deer, blue haze, captures a moment of tension when a young stag is chased across a meadow in the red deer rut in the Ardennes Forest, France, by a big male deer. The image captures movement and speed. Commenting on the image, competition judge and Editor of BBC Wildlife Magazine, Sophie Stafford said, ‘The photographer froze a moment of animal passion. Thanks to his patience, this ephemeral chase awakens our basic instincts.’ The much coveted title of Veolia Environnement Wildlife Photographer of the Year was awarded to Hungarian photographer Bence Máté from Pusztaszer for his image A marvel of ants, a simple shot that captures the complexity of the behaviour of leaf-cutter ants in the Costa Rican rainforest. Fergus Gill from Scotland was crowned Veolia Environnement Young Wildlife Photographer of the Year for the second year in a row. His image of a fieldfare, The frozen moment, was judged to be the most memorable of all the pictures by photographers aged 17 or under.

Selected from tens of thousands of entries from across the globe, these images were judged to be the best of all those entered in the 2010 competition by a judging panel that included some of the world’s most respected nature photographers and wildlife experts.

These images will join more than 100 other prize-winning photographs from the competition’s 18 categories in a visually stunning and inspiring exhibition that debuts at the Natural History Museum on 22 October 2010. It will tour nationally and internationally after its launch in the capital.

A commemorative book, Wildlife Photographer of the Year Portfolio 20, edited by Rosamund Kidman Cox and published by the Natural History Museum, will be available from 21 October 2010, priced £25. The book contains all winning and commended images from this year’s competition. For details of the French edition of the book visit Dakota Editions, www.dakotaeditions.com Now in its 46th year, the competition is owned by the Natural History Museum and BBC Wildlife Magazine and is sponsored by Veolia Environnement. It is an international leader in the artistic representation of the natural world and a competition that photographers worldwide aspire to win.