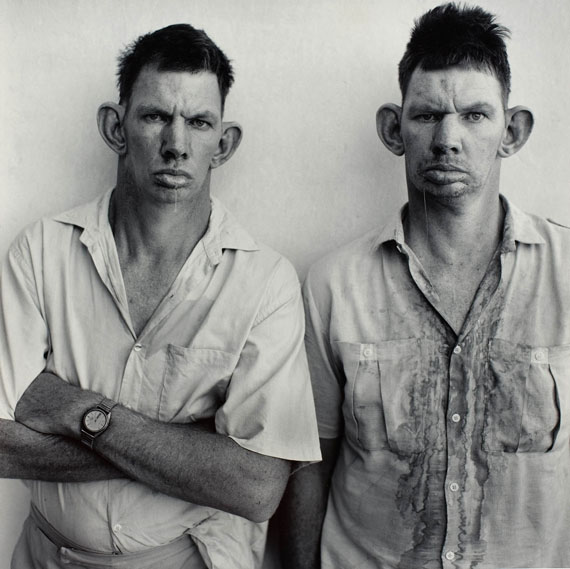 As early as the 1960’s, Roger Ballen became acquainted with the names of well-known photographers like André Kertész, Bruce Davidson and Henri Cartier-Bresson through his mother Adrienne who was working for the New York branch of the Magnum photo agency at the time. He did, however, initially study psychology at the University of Berkley in California. In 1973, he set out on a journey around the world that would last several years. His photographs from that time period were published in the 1979 book Boyhood and reflected the influence of street photography. They illustrate Roger Ballen’s interest in the critical moment, in spontaneity and in coincidence.

The exhibition includes photos from his series Boyhood as well as previously unpublished photographs taken during the years 1969-1973. They represent early examples of Roger Ballen’s fascination with the grotesque and obscure which is a recurring theme in all of his series. After completing his trip around the world, Roger Ballen enrolled at the Colorado School of Mines and in 1981 returned to Johannesburg, South Africa, to work as a geologist. During his travels throughout South Africa, he photographed the Dorps (1986), i.e., village communities where the descendants of the Boers still live today. The book Platteland, Images from Rural South Africa (1994) captures the residents of this countryside in their spartan living quarters.