Gordon Clark and Leon Botha WHO AM I? - Transgressions 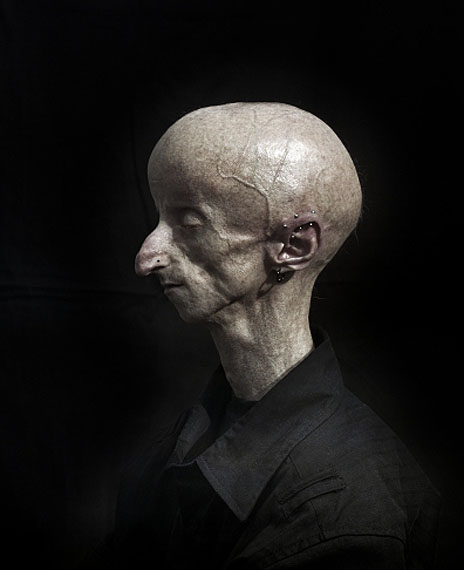 "Who Am I? - Transgressions" is the title of a series of photo-works by South African photographer Gordon Clark and artist Leon Botha.

"Who Am I?" The question is posed by revealing the finitude of flesh without inhibition or reserve, hence the transgression. In the process, transgressed also are conventional notions of beauty, strength and frailty, the notions of the eternal and the ephemeral.

Each photograph is an autonomous fictional narrative, a world unto itself, with Leon Botha, both protagonist and collaborator, at its center. The aesthetic that these images articulate is a product of their collective meaning.

Clark's work has appeared in many of the world's leading galleries and museums, including in an exhibition titled "Great Photographers of the World" coordinated by The Directors' Guild of America. After working in Hollywood for more than two decades, he is back in South Africa, and lives and works in Cape Town.

Also a native of South Africa, Botha, aged 25, is one of the world's oldest living persons with progeria, a rare genetic condition that causes rapid aging. His physiological condition has not, however, hindered his journey as an artist—he is not only a painter but has also been an acclaimed musician. Third Eye Gallery of Cape Town hosted his exhibitions "Liquid Swords" and "Slices of Lemon" in 2007 and 2009 respectively.

"Who Am I?" is a collaborative journey of these two artists seeking to define what it means to be "the other" and experience difference, and in the process affording ironic glimpses into contemporary society and its value system.