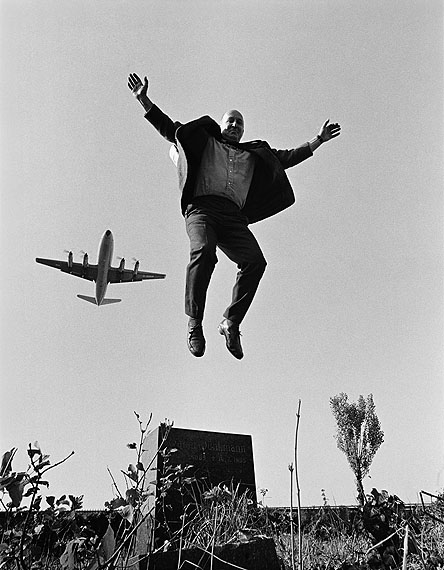 The pictures of political demonstrations and from student communes in Berlin by Michael Ruetz have become a permanent element of German memory culture; hardly any conversation about the events of that time can do without a reference to these photographs – they have been stamped, like coins, into the memory. But for Ruetz himself these pictures were not imaginable without the other ones, there were no student demonstrations without the bourgeois daily life out of which these had sprung, no critical university without cramming in knowledge in seminars or libraries, no new type of self-realization without practise in living together beyond the given convention. Above all there was no West Berlin freedom without the niche society in the GDR in the eastern part of the city, where they also had their freedoms, but far below the threshold of what was demonstratively displayed. Where wallowing in memories has become the embarrassing habit of a long-since outmoded outlook on life – the airspace above the regular clientele itself crying out over the loss of the pub that no longer exists thanks to the ban on smoking – the spectrum of the memory captured in pictures can develop almost therapeutic energy. Life around 1968 was far richer than the childlike and childish manifestations of the activists led us to assume. Michael Ruetz was witness to the entire historical process, not only to the one partial aspect that made him famous – this is the case at least with his native city Berlin and the whole of Germany in those years.