Two views of architecture : the photographic collections of the Fondazione Sa ndretto Re Rebaudengo and the Musée des Monuments Français 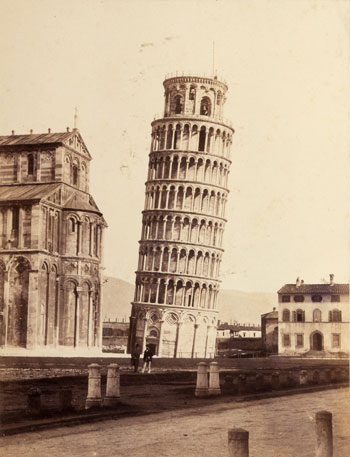 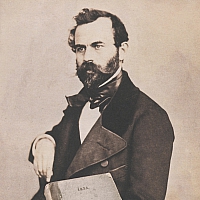 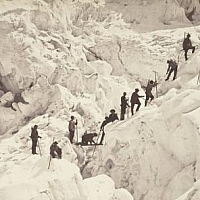 This exhibition is an opportunity to explore photography of architecture, and is based on the idea of possible comparisons and similarities between two collections, one Italian and one French. The first belongs to a private Italian foundation, the Fondazione Sandretto Re Rebaudengo. The second belongs to a national institution, the Cité de l’architecture & du patrimoine, which holds a collection of 19th century art at the Musée des Monuments Français. By looking at these two collections in parallel, the intention is not to show a history of architectural photography, but instead to create a dialogue between two collections which, as far as 19th century art is concerned, share a common theme and ask important questions about the very principle of collection, which happens to be the theme of this year’s Month of Photography.

What is a collection? A set of objects of the same type that have been brought together. This short definition assumes a different meaning according to the person who owns the set of objects, and according to the underlying value conferred upon it. The choice is necessarily selective: not all objects of a given type are included. A number of rules define what should and should not be part of the collection: the period, the subject or the artist can determine these limits. The principle of the “series” or that of “selective accumulation” can also be used to define a collection. The Turin foundation has extended its scope, stepping beyond contemporary art and embarking on an acquisitions policy focusing on period photographs taken all over Italy but mainly of the Piedmont region.

The collection features landscapes, townscapes, buildings and monuments that bear faithful witness to the “Grand Tour”. The French Museum holds photographs from the studio of Geoffroy-Dechaume, a sculptor who worked with Viollet-le-Duc, whose initial aim was not to build a photographic collection but whose activities and interests led him to make one. The most important photographers and studios of the 19th century feature in this comparison: Marville, Nègre, Mestral, the Bisson brothers, Baldus, Le Lieure, Lotze and Bresolin, Alinari and Broggi, Macpherson and Constant, Flachéron and Caneva, Cuccioni and Sommer. In addition to this dialogue between Italian and French photographs from the 19th century, we are including photographs taken from the Foundation’s contemporary art collection, showing the way contemporary artists look at architecture, either on its own or as part of the townscape. Works by Guirrhi, Basilico and Thomas Struth thus reflect fields of investigation and points of view regarding the built environment.

Photographs of architecture implicitly suggest an intricate phenomenon whereby the construction of an image overlays the construction of a building. Unlike the moving image, because of the way it is composed, the constructed image is frozen by the photographic medium, and two forms of stability are thus superimposed. In this respect, the fixed image is perhaps the subject that is most intrinsically linked to the word “construction”.