From Dust to Dust - Melvin Moti 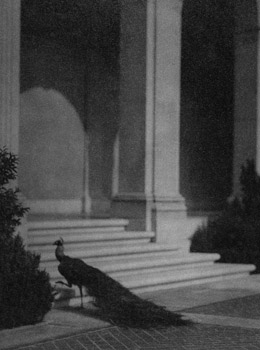 Ranging over films, objects, songs, paintings and photographs, Moti's artworks seem coming out of the pages of a storybook, to affirm the highly imaginative power of reality and its most visionary side. Thanks to a thorough documentary research, Moti reconstructs events or the deeds of obscure figures who, as the artist writes, were not 'contextualized by official historiography'. Keeping himself away from special effects and the mass-media schemes which often characterize contemporary art, Moti prefers to scour the territories of imagination and perception, exploring 'impossible' or 'improbable' realities, making conscious the unconscious. Moti's eye – as a detective's lens which magnifies, reduces or distorts what it is dealing with – catches the subterranean aspects of reality, captures the layers of it which are invisible to the human eye, and makes the viewer enter a reality he never would have suspected to exist.

Moti encourages his audience to take a thoughtful and meditative role in the enjoyment of art, to be careful in order to catch all the faint clues, the different levels of reading and the potential turning points. His art practice is based on a careful archival research, characterized by a wide-ranging and deep process, sounding all the aspects of the stories he tells and of the phenomena he describes; he particularly lingers over those associations which seem implausible or remote and which allow new readings and original discoveries. In his films, images and sound proceed separately, space and time collide to rejoin, in the audience's mind, in what the artist calls 'the third space'. The film structure of Moti's works marks the passage from the realistic illusion of traditional cinema to the intangible representation of reality.

From Dust to Dust represents an extreme extent of the research the artist has been conducting until now. The exhibition, co-produced by WIELS Contemporary Art Centre Bruxelles and Fondazione Galleria Civica-Centro di Ricerca sulla Contemporaneità di Trento, is entirely dedicated to the bio-chemical, but also historical and esthetic phenomenon that is dust. Moti patrols the zero degree of the artistic expression reflecting about what an 'artwork' (images, objects, actions, sounds) could be still considered when it is measured along an horizon of undefined, universal time and space; when its meaning and manifestation are observed in the most extensive way, or in the smallest way. The artist offers a consideration on the intrinsic power of an artwork to communicate at a different, more intimate and/or wider level than the simple binomial of execution/enjoyment as well as than the very idea of an exclusively 'contemporary' art. In his search for 'another', different way of expression, the works on view are freed from the language merely seen as a way of communication; from the archival research merely seen as collection and transfer of information; from the use of the image as something stable and fixed permanently. This is an adventure to the ends of what we know as 'art', and dust rises to the role of symbol and subject of the artist's research.

Besides, dust has always been linked to the very concept, the origins and the destiny of art by a long tradition of considerations about the relation between intention and chance, the obsolescence and the final disappearance of every artwork, style or fashion. The methodology used to build the general structure of the exhibition is influenced by this endless interpretative horizon as well: it is a constellation of works, each of them having an individual value, like specks of dust, but keeping up a thick network, a dust cloud, of mutual cross-references. Moti gives to the exhibition space a double consistence, the one of a physical place containing artworks, and the one of an inner place, a place for the soul, where the meaning of each work continuously overlaps, mingles, constructs and deconstructs itself, in the audience's mind. The visit to the exhibition space is also a time travel, between photos of blue surfaces scored by gilt decorations, framed medals and cameos, Jacquard and Moiré fabrics covering the walls, wooden plinths holding fabric-covered books or bottles filled with settled and accumulated dust. Relying on this subjective reading where the not immediate cross-references between the artworks and their sources compose a set of multiple evocations, and the meaning discloses a mental dimension, the viewer is eventually before a noblewoman portrait by the famous eighteenth-century English portrait painter Sir Joshua Reynolds (1723-1792), which closes the exhibition, as it was suspended in the edge of space and time. But the cross-references in the exhibition constantly run after each other and increase, overlapping, referring to a time and then to another one, to a place and then to another one. Moti transforms the Fondazione's spaces thinking, above all, of the Peacock Room, the dining room on view at the Freer Collection in Washington, DC: the Liverpool shipping magnate Friederick R. Leyland, the owner of the dining room, asked the American artist James Abbott McNeill Whistler to decorate it between 1876 and 1877. The Peacock Room was the first example of 'installation' and was based on the opposite principles to those of the Victorian interiors, where artworks, objects and furniture were chosen and arranged without regard for the context. Whistler's Peacock Room opens a dialogue between the structural elements of the room (doors, walls, ceiling, floor) and the ancient objects, fabrics, and a Whistler's painting, representing one of the first examples of modern display practices. Whistler's exhibition models (Arrangement in White and Yellow and Arrangement in Flesh Colour and Grey), subsequently presented in London in 1883 and 1884, can be seen as the forerunner of the 'white cube', formulated in 1929 by Alfred Barr, the first director of the Museum of Modern Art in New York, anticipating the birth of the modern museum as we know it today.

At the ground floor of the Fondazione, a room covered with a Moiré fabric accommodates the four photos depicting some details of the pattern in gold on the turquoise fabric covering the Peacock Room. In relation to this exemplary modernist work, which predates various decades before, the art of the future, in the basement is projected as a counterpass Dust (2010, animation Jean-Marc Gauthier), a 35 mm film where some nebulas of little white bodies assemble and slowly disperse on a black background, reminding of the macroscopic incandescence of a star's birth and the microscopic whirl of dust specks in the air: the fascinating configurations of dust, continuously changing its form and position, were created by the artist through the use of several computers which reproduce, as faithfully as possible, the scientific phenomenon of the movement, simple only on the surface, of these little bodies in the space. For Moti, tracing these dust particles means to open our perception to the tiniest details of reality (a micro-view), while never losing sight of the all possible connections and patterns disclosed by them (macro-view). A medal for bravery – the Purple Heart, the first of North American military decorations wearing a Moiré effect woven into its fabric holding a George Washington cameo – another cameo depicting the face of the inventor of the Phonograph, Charles Cros, and a glass container storing a nineteenth-century dust sample, constitute another amazing example of how this exhibition connects different references with each other and transforms ancient works and crafts into something which is still 'alive' and unavoidably destined for 'death'; it is also an example of how the exhibition gives to all its elements the vitality of 'bodies', rather than art objects, immersed in the changeable flow of time. All the works on view are stories telling about deeds, figures, discoveries, objects, destined to return to dust, which are dredged up after being hidden under the variegated accumulation of 'historic dust'. The Swiss photographer Ernst Moiré (1857-1929), remembered as the inventor of the 'Moiré effect', a particular optical effect resulting in a wavy aspect of a photo that arises when two matrices are misaligned; the French writer and poet Charles Cros (1842-1888) who invented the Phonograph, or Paleophone, the first instrument able to record human voices through the oscillation of a membrane ('Like the faces in cameos / I wanted beloved voices / to be a fortune which one keeps forever'); James Abbott McNeill Whistler, with his revolutionary and contested Peacock Room, and finally the English portrait painter Sir Joshua Reynolds (1723-1792) who, after several unsuccessful color experiments, came to paint portraits which seemed alive, bodies with pale complexions and ethereal hands (the only parts the artist drew in person). Indeed the exhibition finishes with Reynolds' The Portrait of Mary Barnardiston (1750), which ghostly controverts the supposed eternity of the artwork through the slow decomposition of the pigment the painting is made of: the lady in the portrait once again becomes a mortal, dust which 'returns' to dust.

The last element is again titled Dust, the book written by the artist which opens the exhibition: this is not a catalogue aiming at deepening the exhibition by themes, but a parallel 'literary exhibition' where all the contents the viewer perceives on the visual and sound levels are translated into the language level. Moti's book tells those stories of attempts and failures, of those figures and phenomena that, crossing each other, give raise to this powerful and light consideration on the origin and destiny of modern art, on the social and scientific developments of modern society confronted to the gradual but relentless altering of taste and beauty perception, and of their functionality. As in the exhibition, in the book the artist has no intention to reach a conclusion or support a theory: after all, and this is what really matters, the book and the exhibition must both be seen as if they were only a multiform 'landscape', where 'one's physical presence is what counts' (M. Moti, 2010).