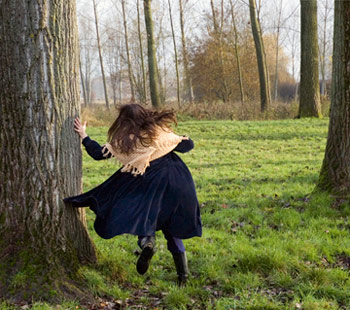 Fiona Tan: Rise and Fall provides the first opportunity for North American audiences to view an important body of the Amsterdam-based video artist’s recent work. The exhibition includes six of Tan’s newest videos, as well as a selection of related drawings and photographs completed over the past four years. To accompany the exhibition, Tan has created an artist edition of 50 photographic colour prints. Titled Rapids, these prints are available for sale at the Gallery, with proceeds benefiting operations and programming.

Fiona Tan: Rise and Fall marks a new trajectory for the artist and documents an important stage in her career. The exhibition addresses her long-standing interest in the documentary image, both personal and public, and the role of memory and forgetting in the construction of identity. These ideas are represented in works that range in size and media, from framed photographs and drawings to monitor-scaled digital installations and large-scale projections. Curated by Vancouver Art Gallery senior curator Bruce Grenville, the exhibition is co-organized by the Vancouver Art Gallery and Aagaurer Kunsthaus, in Aarau, Switzerland.

An integral component of Fiona Tan: Rise and Fall is a new two-channel film installation commissioned by the Vancouver Art Gallery for the exhibition. This new work, titled Rise and Fall, 2009, was filmed in Niagara Falls, Belgium and the Netherlands, and constructs a narrative of isolation, loss and dislocation. Examining the retrospective gaze and its relationship to the images we carry within ourselves, the artist uses a double projection to present an older woman reminiscing about her young life. Moving back and forth between present and past, the viewer is simultaneously shown footage of flowing water – an evocative metaphor for the flow of memory and time. Tan’s artist edition for the Gallery was produced in conjunction with the Rise and Fall, and was photographed on location at Niagara Falls during the filming of the project.

In her most recent work in the exhibition, Projection, 2010, Tan continues her exploration of portraiture, turning the camera on herself to create an intimate self-portrait. To create the work, Tan filmed herself in her studio and subsequently projected the footage onto a bed sheet, which she then filmed again. As the bed sheet moved and swayed throughout the filming, the result is an image of Tan that is fragmented, broken and constantly changing.

Born in Indonesia in 1966, Fiona Tan grew up in Australia. She received her formal art training in Amsterdam and has been living in the Netherlands since the late 1980s. Her work has been shown in numerous solo and group exhibitions in international venues, including the Dutch Pavilion at the 53rd Venice Biennale, 2009; Rijksmuseum, Amsterdam, 2008; Centre Pompidou, Paris, 2008; Documenta 11, Kassel, 2002; and the 49th Venice Biennale, 2002.

The exhibition is accompanied by a 128-page full-colour publication featuring the artist’s work and major essays by exhibition curator, Bruce Grenville, Okwui Enwezor, dean of Academic affairs and senior vice president at the San Francisco Art Institute, Michael Newman, associate professor of art history, theory and criticism at the Art Institute of Chicago, Irit Rogoff, professor of visual culture at Goldsmiths College at London University, and Madeleine Schuppli, director of the Aargauer Kunstaus.