The art of camouflage - Liu Bolin 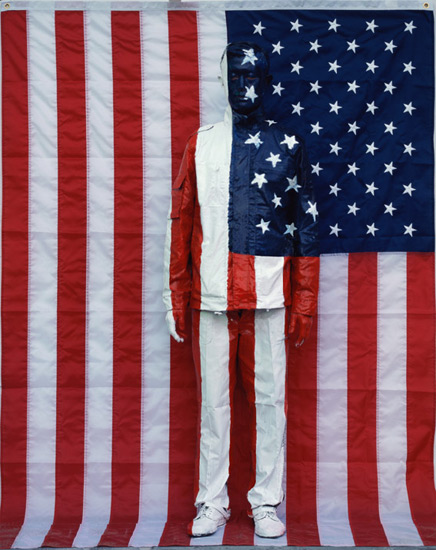 Liu Bolin (*1973, Shandong) is a contemporary Chinese artist.
In 1995, he obtained a Bachelor's of Art from the Shandong Arts Institute and in 2001 he graduated with a Master's degree in Sculpture from the Central Academy of Fine Arts - CAFA.
Liu Bolin creates performances that use the human body as a living sculpture. He is interested in the human body and its place in social surroundings : how to blend in or stand out even in a given social-cultural landscape.
In his « Camouflage » series Liu Bolin always works in function of the actual location while taking into account visual and emotional elements as well as the social codes that come through in such a location.