SPEED _ M, Three artists follow one another at speed 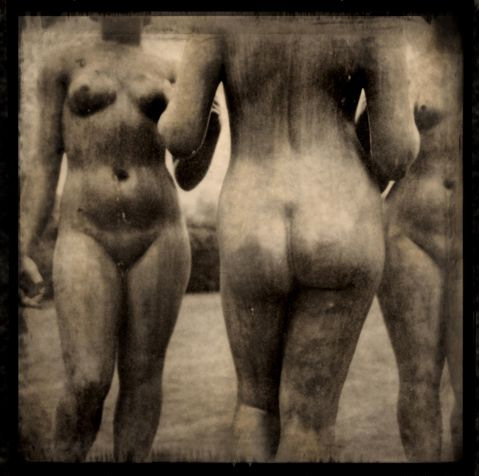 SPEED_M is a series of exhibitions dedicated to Italian photographers, following one another in rapid succession within the spaces of METRONOM. In solo shows Bruno Cattani, Michele Buda and Enrico Moretti will be presenting a thematic selection of works. The exhibitions aim to be contemporary proposals for looking at photography through themes, techniques and subjectivity.

The first show, Eros, features Bruno Cattani with a series of photographic works from a research project, which he has been pursuing for several years, dealing with exhibition places.
Bruno Cattani's work is not artistic documentation: his journey through museum spaces - places of time par excellence - becomes a way of looking at art works, at sculptures, with a private and biased eye. Cattani's photographic eye leaves the works of art to speak, restricting himself to suggesting relationships and dialogues, letting the unsuspected vitality of sculptures emerge from plays of light and shadow. A hand, a face, become details of living and vital physical presences. Bodies that speak to one another and communicate, becoming the unaware actors in a contemporary play staged through the lens.

9909 is a symbolic number that covers the time span of Michele Buda's photographic research. For the occasion of SPEED_M he offers a selection of these images, presenting a significant corpus of his artistic experimentation.
Buda's work may be defined as landscape photography, although it would be reductive to enclose it within that sphere. His landscapes are architectonic monuments, uninhabited urban views, they are walls drawn with a geometric stroke, sometimes they are simply volumes that fill up space through plays of light. The thread running through his shots, whose subjects are only apparently ordinary, is an inquiry into vision. The windows of a building that become mosaic tesserae, a wild climbing plant growing out of the concrete, or the scarcely decipherable letters and numbers with blurred outlines: each image is the fruit of a masterful play of light, of cuts and the search for symmetries, for details that redesign space.

nottavo is a series of photos shot by Enrico Moretti over the past three years. SPEED_M presents for the first time 16 large format images which will be on show from 27th May to 5th June.
Time marks the pace of Moretti's work and is measured with a very fast triggering interval time which, thanks to technique, succeeds in bringing us images that tell of imaginary journeys and real journeys. With no romantic yielding, no oneiric dimension in his work, the photographs recount visual experiences that each one of us lives and may live daily: the glance lost out of a car window or during a train journey our brain, with the same speed as a camera lens, records transfigured scenes where landscape and objects become mere accessory.