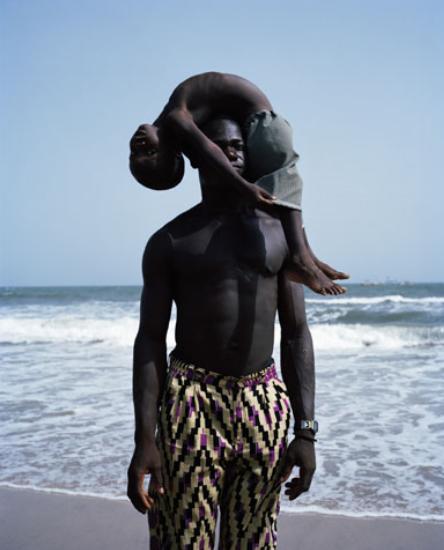 The exhibition at Forma will present an ample selection of photographs by the Dutch artist, taken during her travels in Africa, Viviane describes this continent through Flamboya's colours, a tropical tree with bright and fleshy flowers. These images bear witness to the photographer's research, aimed at rediscovering her early years spent on the African continent, yet it also provides an opportunity for her to rethink photography, its rules and meanings, poised between testimony and memory. In Viviane Sassen's splendid photographs we certainly do not find those stereotypes westerners are used to applying to Africa, this is a different, more intimate view.  Zambia, Kenya and Tanzania are the settings for these images which show an extraordinary treatment of colour and a very particular use of shadow, lending a slightly surreal atmosphere to the images.

Viviane Sassen writes: Very soon I had to understand that I would always be a foreigner.  And it is this very conflict that I have tried to convey in my work. You feel close yet distant at the same time.  This is an aspect that is usually absent in the West's descriptions of Africa.

Thus, we are surprised at the subjects portrayed in Flamboya, boys and girls in studied plastic poses almost blinded by the light of the sun, at those harsh shadows that often hide their faces.  While the allure of this land is palpable, it is equally clear that the author declares a chronic impossibility to be able to provide an encompassing vision, to advance theories or issue statements. Viviane Sassen's Africa is a magical, mysterious and ancestral territory.  It is impossible to understand its full depth, yet perhaps, precisely because of this, it is so terribly fascinating.

Viviane Sassen spent part of her youth in Kenya, where her father worked as a doctor.  After her return from Africa, when she had already embarked on her career as an artist and fashion photographer, she returned to the continent of her childhood.  Consequently, in 2002 she created the series Cape Flat (shot for the most part in South Africa) and later the images of Flamboya.