News from the Near Future - FIONA TAN 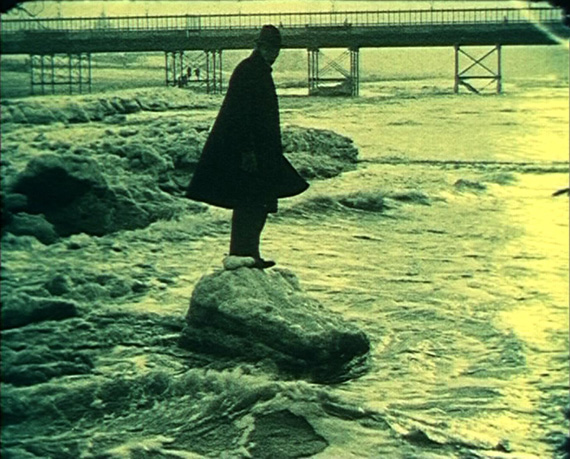 Amsterdam-based photographer and video artist Fiona Tan (born 1966) has been a central figure on the contemporary art scene since the 1990s. In her video News from the Near Future (2003) a collage of historic film and audio material tells of man's ambivalent relationship with water as a force of nature. Drawing on the archives of the Amsterdam Film Museum, Tan composed a narrative crescendo starting off with idyllic impressions of the watery world and building to increasingly menacing scenarios of an unleashed nature. Images of floods and churning seas, of wild winds and storms, parade before our eyes the destructive force of water. Tragedies at sea are reported in the style of old newsreels or radio shows, segueing into pictures of flooded cities that - as indicated in the work's title - forebode future catastrophes. The cinematic repertoire of waves, tides and floods acts as an historical memory, presenting the sea as a metaphor for the flow of time.

Fiona Tan represented the Netherlands at the 53rd Venice Biennale in 2009 with the project Disorient. She has presented her work in numerous international solo and group exhibitions, including at the MCA in Chicago, at the New Museum of Contemporary Art in New York, the Tate Modern in London as well as at Documenta 11 and the Shanghai, Istanbul and Berlin biennials. She received the Infinity Award for Art in 2004 and the Deutsche Börse Photography Prize in 2007.