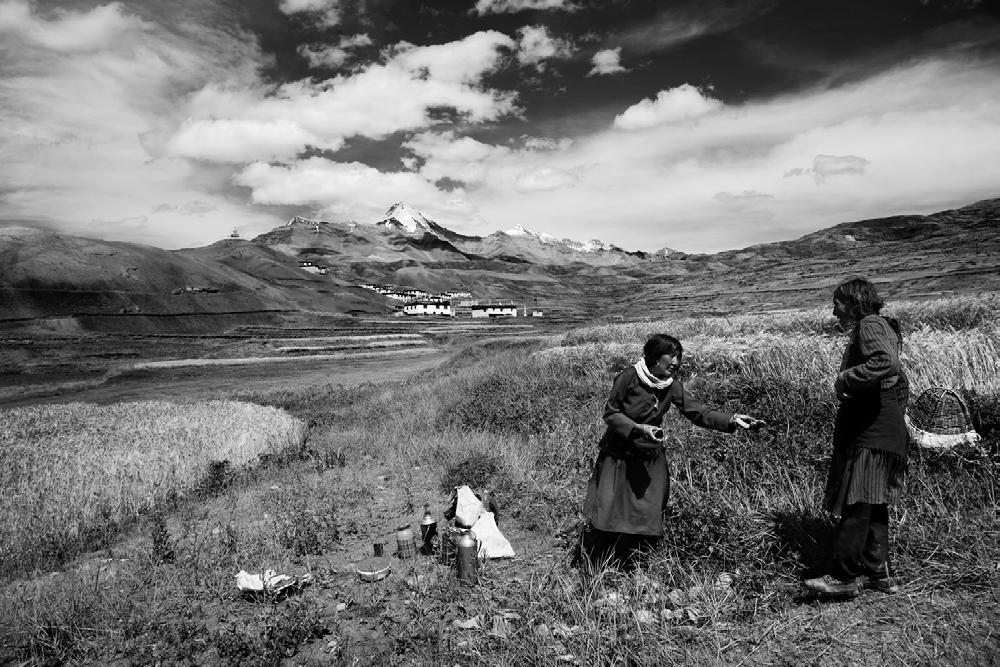 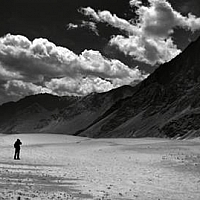 Daughter of the sea is an extraordinary journey through the landscape and mindscape of Spiti… as much mountain as seabed. Years ago, idris ahmed took a serendipitous detour into the valley during one of his motorbiking trips. Overawed by the stark landscape and the overwhelming warmth of its people, idris remained strangely drawn to the valley and its folk, choosing to return year after year and eventually, like a besotted lover, even giving up his fulltime teaching job to follow his passion. Biking beyond the Kunzum La into the valley for the first time, transported idris into a different world altogether. The stunning vistas that greeted him were almost unearthly in their pristine beauty. The sheer power of the high-velocity winds, the challenge of biking through boulder-strewn roads, dry river beds and shooting stone areas, was but a small price to pay for the magnificent panorama that revealed itself, frame by frame, each more fantastic than the other. Juxtaposed against the raw beauty of the overpowering and aloof landscape was the warmth and friendliness of the people idris met. As he biked through the valley, complete strangers turned friends over shared cups of buttery salted tea, whole heartedly offering their home and hearth and also a peep into their everyday lives. The spontaneity, dignity and grace of the people, themselves braving the odds against nature to eke out their lives, yet ever willing to share, was humbling. Could this be possible anywhere else on earth, he wondered? The perfect harmony between the gorgeous yet sometimes intimidating landscape and its cheerful and resilient people struck a deep chord within idris. The mutual respect that men and mountains held themselves in was a subject in itself, a fine balance being maintained even as the banalities of everyday life continued to play themselves out season after season in an eternal rhythm. From the raw appeal of the stark landscape to the warmth and welcome of strangers turned friends, the startling color of ancient murals or trains of donkeys patiently plodding across the snow, idris trained his lens on almost everything the intriguing valley chose to reveal. Majestic panoramas of the physical landscape, or a gentle probing of everyday lifeworlds, each image is ultimately a tribute to the power of life, harmony and freedom. The powerful synergy between the land and its proud and resilient folk is artfully captured. No wonder then that the weather-beaten lines on an elderly face seem just a reflection of the deep crevices and gorges of the mountainscape outside, each invoking the other. Captured with humility and also a touch of humour, the show is as much a personal journey of self discovery, as a loving tribute to the Spirit of Spiti - she who rose from the depths of the sea floor to claim her place on the roof of the world.