João Penalva, an artist who has a great capacity for thinking and speaking in images 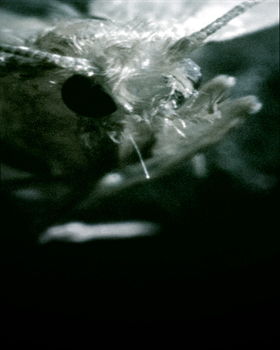 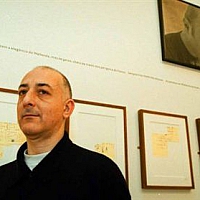 Lunds konsthall's programme for 2010 starts with a solo exhibition by the celebrated Portuguese artist João Penalva. The focus is on works produced in the last five years, but one important earlier piece, the slide and sound installation Character and Player, 1998, has been included as a bass note for the whole exhibition.

The display created for the 1950s architecture of Lunds konsthall includes, among other works, the slide and video installation Pavlina and the automated shadow theatre Petit Verre, both 2007, and the triple video projection Hermitage Pier, 2004. There is also a specially commissioned installation of ten loose-sheet picture books, individually titled and displayed on reading tables, as well as a series of seven large framed digital prints with accompanying short texts, also individually titled.

Narrativity is of great importance in João Penalva's art, which is shaped by his capacity for thinking and speaking in images and for juxtaposing images with words. His imagery is lens-based, reflecting an outside world, and his writing becomes an inner voice. He works with film and video or with prints of various photographic images, often in composite installations that combine several artistic media, sound and light.

Penalva's art can be understood in terms of physicality, visuality and theatricality. He offers viewers condensed reflections on visual data and precise modulations of emotional states. The impact of built space and bodily time are key elements in the works selected for the exhibition at Lunds konsthall, which bring together the palpable, the imaginary and the unconscious.

In this configuration, Penalva's works appear to be governed by the logic of the dream. According to the philosopher Henri Bergson, the dreamer uses the same mental faculties as when he is awake, but without the restrictions that bind him when he must attend to life. He conjures up any image he fancies, and the absurdity we associate with dreams is nothing but his attempt to analyse these images rather than just letting them flutter by. The dreamer, Bergson says, is too logical.