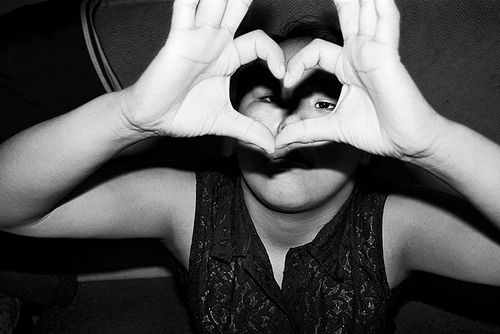 Jacob Aue Sobol's series Sabine (1999-2001) chronicles three years the artist spent in the settlement of Tiniteqilaaq in Greenland, his life as a fisherman and hunter, and his intimate relationship with Sabine and her family.  The series of black-and-white photographs is a visual diary of a love story and daily survival, capturing private moments with Sabine contrasted with the harsh arctic environment of the east Greenlandic coast.

Photographs from the series I, Tokyo were taken between 2006 and 2008 while the artist lived in Tokyo.  Overwhelmed by loneliness and isolation due to the unfamiliar culture and large city, the artist used the camera to find "individual human presence" in a swarming metropolis.  The photographs offer a personal view of Tokyo, a result of the artist's need to connect to the people and the city.

Jacob Aue Sobol's work has been featured in solo exhibitions at the Museet for Fotokunst, Odense, Denmark, and Rencontres D'Arles, Arles, France.  In 2006, he received the First Prize, Daily Life Stories, World Press Photo.  Jacob Aue Sobol's recent book, I, Tokyo, was awarded the Leica European Publishers Award 2008.  The book Sabine was published in 2004.  Aue Sobol studied at the European Film College and Fatamorgana, Danish School of Documentary and Art Photography.  He was born in Denmark in 1976 and grew up in Brøndby Strand south of Copenhagen. He currently lives and works in Copenhagen.