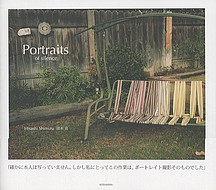 A mother sits at her garden table and silently talks to her son. Another wears her son’s dog tag, wishing for another hug. A father keeps his son’s bicycle in the garage. Another mother hears her son’s cheerful voice. Then she wakes; it was only a dream.

Since the Iraq War started in 2003, many soldiers have died. Every one of these soldiers was somebody’s child.

As I shot these images, I was touched by the parents’ love and by the family ties that still bind them to their children, who have passed on. While the soldiers themselves do not appear in the photographs, their presence has been captured.

I am hoping these photographs convey the profound desire of these parents to keep the memory of their children alive.