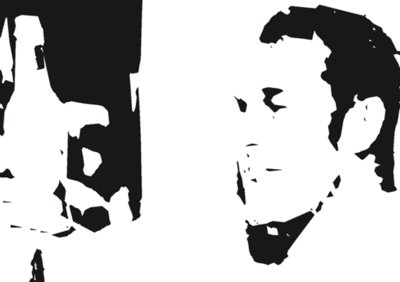 Following the exhibition held this Spring of the Zurich twins, huber.huber, with this exhibition of the Ticinese artist Fabrizio Giannini (1964) we come to the second appointment of the cycle treating the emergent Swiss art scene. This cycle alternates artists both from Ticino and the rest of Switzerland with the exhibitions housed in the East Wing of the Museo Cantonale d'Arte. This is a series of one-man exhibitions whose two-fold purpose is to offer the Ticinese public a broader perspective of the Swiss art scene and to encourage exchanges between Ticino and the rest of the country with regards to contemporary art production.

Curated by Elio Schenini, the exhibition presents a series of recent works by the artist which investigate the ways with which individual identity is constantly subjected to a process of construction and deconstruction in today's society in which even identity is reduced to a consumer good on a par with other goods, to a disposable product that is easily replaceable with every change in fashion or trend.

Starting out from a series of images isolated in the media flow which in an increasingly more invasive way envelops our day-to-day lives, the works by Fabrizio Giannini carry out an eidetic reduction - in the phenomenological sense - of visual forms and in this way evidence the truth of the means of mass communication. Mostly taken from advertising and the world of information in the form of photographs, videos or graphic elaborations, these images are then once again elaborated using the computer and subjected to a process of formal and chromatic simplification or else superimposed to create computer animations or digital paintings and collages. By stripping the advertising image of its seductive patina and its illusory adhesion to the optical datum, Giannini reveals its essence as medium that becomes message, of hypnotic illusion which substitutes reality with a simulacrum, of self-referential language that no longer refers to the world but which moves increasingly closer to a pure abstraction constructed by way of a play of signs that refer to each other but which no longer have a referent.