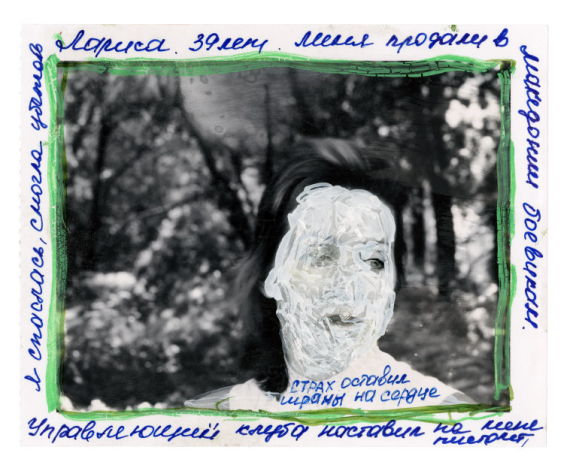 Open See will be the first UK solo exhibition for Magnum photographer Jim Goldberg. Begun as a commission for the Greek Olympiad in the summer of 2004, it documents the experiences of refugee, immigrant and trafficked populations who travel from war torn, socially and economically devastated countries, to make new
lives in Europe. Originating from locations as varied as Iraq, Bangladesh, China, Pakistan,
Ukraine, The Balkans, Congo, Liberia, Mauritania and India, these ‘new Europeans’ have left often violent, oppressive, poverty stricken or AIDS ravaged communities, in search of stability and the promise of a better future.

Since 2003, Goldberg has been photographing and collecting stories through a range of formats: Polaroid’s, video, written text, ephemera, and large and medium format photographs. The exhibition installation will reflect Goldberg’s dynamic approach to the documentary genre through multi-faceted displays of imagery and text. These will include Polaroids, which have been marked, destroyed and written on by the subjects they portray. The words and images combine to tell the intimate and often violent stories of past and present experiences. Faces and features are sometimes scratched out, coloured in, or marked in some way.
Larger scale colour photographs depict landscapes from the subjects’ countries of origin, which Goldberg visits after meeting them in their newly adopted countries and having heard their stories. These works reflect Goldberg’s interest in the motivations behind
migration and the conditions for desiring escape.

Open See continues Goldberg’s innovative use of image and text, a signature technique in his work. He began to explore experimental storytelling with the series Rich and Poor (1977 – 1985), which highlighted inequalities within the American class system. In Raised
by Wolves (1985 – 1995), he closely documented a group of homeless teenagers in Los
Angeles and San Francisco over ten years.

Jim Goldberg: Open See is a Magnum Photos Touring Exhibition, co-produced by the Henri Cartier-Bresson Foundation. It is run in conjunction with an exhibition of Goldberg's 'Rich and Poor' work at the Magnum Print Room, London.